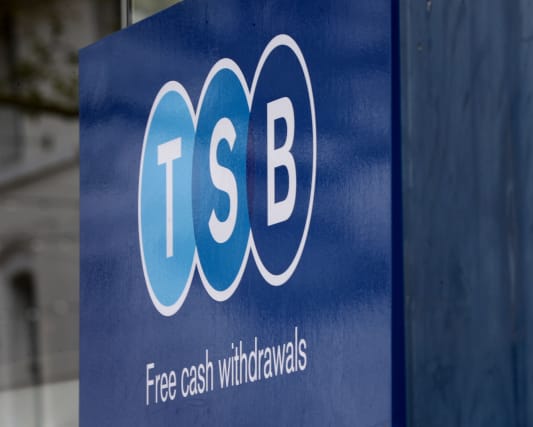 Up to 400 jobs could be at risk as more than 80 TSB branches across the country are set to close their doors next year, the bank announced in another blow to the UK high street.

TSB said that it was cutting back its locations to refocus on profits, and will replace workers’ tasks with automated processes.

As part of the plan, 82 branches will be shut next year.

Staff will be told if their bank is affected in the coming days, and a full list of sites slated for closure will be published on Thursday.

Around 300 to 400 members of staff are understood to be employed in these branches.

TSB said it will try to find new roles for them elsewhere in the group.

They are understood to be the bank’s less busy branches.

“The plan we’re sharing today involves some difficult decisions, but it sets TSB up to succeed in the future,” said TSB boss Debbie Crosbie, as she set out the three-year plan.

“Taken together, these changes will help us to serve more customers, better, for the long-term.”

It also includes a push to invest another £120 million in digital products.

It comes in a tough retail environment for British banks, with high streets suffering while online-only challengers are tempting customers with new types of accounts.

TSB said it had around twice the number of stores per 10,000 customers in 2018 as the average in the UK.

“With a trusted brand, modern platform, and national presence, TSB is well placed to deliver – but we need to make changes to enable us to compete,” Ms Crosbie said.

“Our new strategy positions TSB to succeed in a challenging external environment at a time when we know customers want something different and better from their bank.”