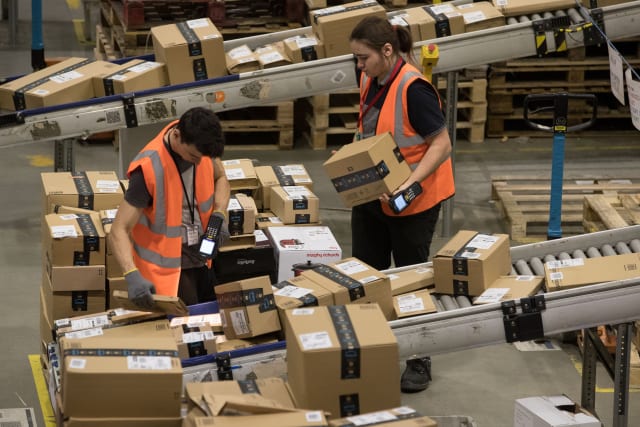 Shoppers in Scotland will pay more than £40 million in extra delivery fees this year compared to the rest of the UK, Scottish Parliament analysis has found.

Calling for an end to the “rip-off” charges, the SNP have revealed they will demand new regulations to tackle the problem as part of their General Election manifesto, which has not yet been released.

The Scottish Parliament Information Centre (Spice) has calculated Scottish shoppers will have been hit by an estimated £40.1 million in 2019 in additional delivery charges relative to the UK as a whole.

The figure, which is an 11% increase since the first estimate of £36.3 million in additional fees from 2017, has been branded “an added insult” by Rural Affairs Minister Richard Lochhead.

“It is enormously frustrating that people across Scotland have to shell out tens of millions in hidden fees and extra surcharges.

“There’s an added insult when we’re told that shoppers in Moray and Inverness are told they aren’t even on the ‘mainland’.

“The SNP will demand that the next UK Government finally regulate these fees and stop shoppers from being hit by ever-rising bills.”

Another manifesto policy announced by the party is a cap on interest rates for credit cards and unauthorised overdrafts as part of a plan to tackle problem debt.

The proposals will also include a demand the maximum charge for payday loans be lowered further, with Scots taking out 450,000 such loans a year according to the latest figures.

A cap on interest rates and charges for payday loans was introduced in 2015, meaning borrowers must never pay more in fees and interest than 100% of what they borrowed.

But the party wants new legislation to further reduce the upper limit and extend the principle to credit cards and unauthorised overdrafts.

SNP candidate for North Ayrshire and Arran, Patricia Gibson, said: “Most families will rely on credit at one point or another but they shouldn’t be hammered by rip-off interest rates and charges.

“The price cap on payday loans introduced in 2015 shows that there are ways of tackling high-cost credit.

“SNP MPs will call for new action to lower the price cap on payday loans even further – and to extend the principle to credit cards and overdrafts.

“That action will make a real difference to people across Scotland – and is just part of our package of support to help with the cost of living.”