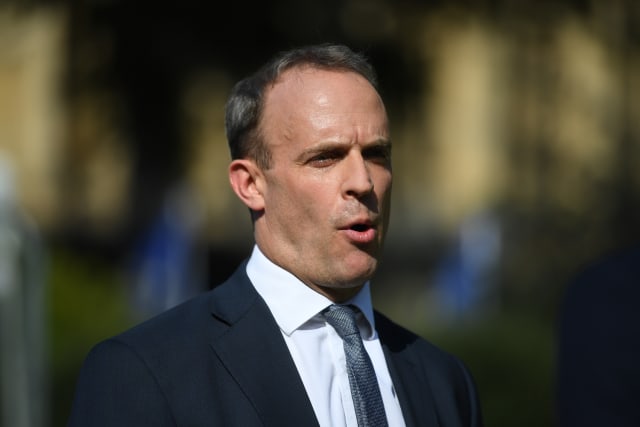 The Foreign Secretary has praised the “tremendous efforts” of authorities in the Philippines that helped secure the rescue of two British nationals who were abducted last month.

Alan and Wilma Hyrons were abducted by gunmen believed to be allied with the so-called Islamic State group on October 4.

They were successfully rescued during a military operation on the island of Sulu, carried out by Filipino armed forces, on Monday.

Dominic Raab said: “I am pleased to confirm that both Alan and Wilma Hyrons are safe and well, and being looked after by the Philippine authorities.

“We worked closely with the Government of the Philippines on Alan and Wilma’s case over the last two months. I am very grateful for their tremendous efforts.

“We are in particular grateful to their Armed Forces for their courage throughout a difficult operation which resulted in Alan and Wilma’s release.

“Foreign Office officials have been in close contact with Alan and Wilma’s family throughout this ordeal. We request their privacy during this emotional time.”

The couple were abducted from their beach resort in southern Zamboanga del Norte province.

Witnesses reported seeing them being taken from a hut at nightfall and dragged to a motorboat.

Their abduction sparked a massive search in the region, which is located approximately 1,500 kilometres (932 miles) south of Manila.

British Ambassador to the Philippines, Daniel Pruce, tweeted: “Fantastic news! My sincerest thanks to all involved.”