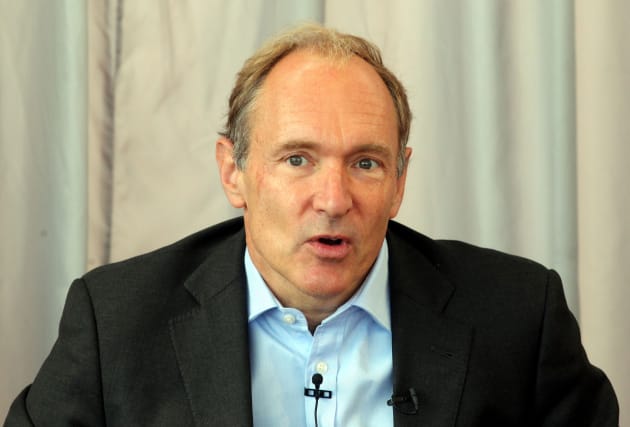 Laws and regulations must be rethought in order to prevent the web from becoming “darker” for future generations, the world wide web’s inventor Sir Tim Berners-Lee has said.

Launching his foundation’s Contract for the Web on Monday, the British computer scientist warned that the web is at a “tipping point” as threats such as disinformation and privacy invasions prevail online.

“Never before has the web’s power for good been under more threat,” he explained in Berlin.

“Just as in the offline world, we’re seeing walls go up around the web.”

Sir Tim – who celebrated the 30th anniversary of his invention this year – said a deep digital divide threatens to be “one of the greatest sources of inequality in our world” which governments, companies and citizens should collectively work to close fast.

“Just as more people come online, there are some in power who want to stop people communicating with each other and want to divide humanity,” he continued.

“When governments successfully shut down access to the web, they violate people’s fundamental rights to communicate, organise and debate.”

Sir Tim’s World Wide Web Foundation has put together a Contract for the Web, calling on governments, companies and the public to ensure the web is a safe, free and open platform for all.

The commitment has been backed by mover 160 organisations, including Google and Facebook, which sets out nine key principles.

During his speech, Sir Tim also took aim at technology companies who fail to halt the spread of misinformation on their platforms, saying lack of action to address such issues makes the world “more polarised, more dysfunctional, and it also undermines our trust in information, sows division and undermines democracy”.

“The web is at a tipping point – if it is to be a force for the good, we must act now,” he urged.

“If we fail to tackle the threats that we face, we risk a digital dystopia, we cannot leave the next generation a web and a world that is darker than the one we have today.

“The web’s challenges are complex and can’t be solved by any one party – we need to rethink laws, regulations and technology design, and human behaviour, that means everyone, governments, companies, civil society and citizens must co-operate in this fight for the future.”