The parents of Harry Dunn are encouraging voters in Dominic Raab's constituency to back one of his General Election opponents over their frustration at his handling of their son's case.

Tim Dunn and Charlotte Charles, whose son Harry died almost three months ago, are set to put pressure on the Foreign Secretary in the Esher and Walton constituency.

The 19-year-old's family plan on confronting the Conservative candidate on Monday evening while calling on locals to vote for a Liberal Democrat hopeful contesting the seat.

Mr Dunn and Mrs Charles have previously criticised the Tory candidate and the family's lawyers have sought legal action against the Foreign and Commonwealth Office (FCO).

Harry was killed when his motorbike was involved in a head-on crash with a car outside RAF Croughton in Northamptonshire on August 27.

Anne Sacoolas, the motorist allegedly responsible for the crash, claimed diplomatic immunity and was allowed to return to the US, sparking an international controversy. 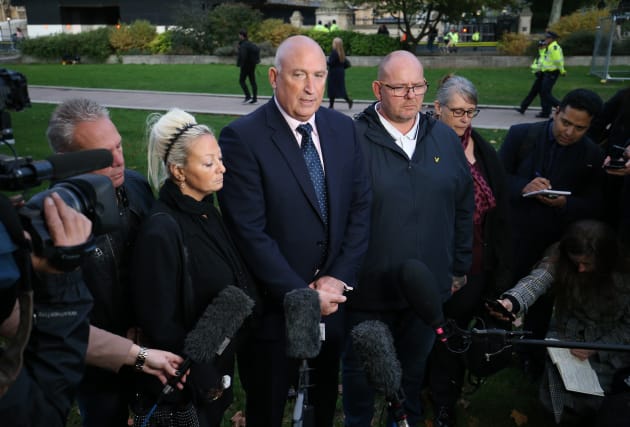 In a statement ahead of the Surrey constituency visit, Mr Dunn and Mrs Charles said they plan to confront the Foreign Secretary on why he "steadfastly refuses to publicly call for Mrs Sacoolas to be returned to the UK".

They said: "We are not political people. Whatever political thoughts we hold we generally keep to ourselves.

"But the enormity and shocking nature of what has happened to us have left us feeling compelled to come to Esher and Walton this evening in the midst of the current election campaign.

"We feel that his handling of our situation has been so outrageously dishonourable and disrespectful that we have a duty to respectfully bring these matters to the direct attention of that local community that have until now voted him into this position."

A claim by the family, which alleged that the granting of diplomatic immunity to Mrs Sacoolas was "wrong in law", was met with strong resistance from the FCO – which told the family it would oppose and seek costs for any legal action.

During their visit to the constituency on Monday evening, Mr Dunn and Mrs Charles are due to call on voters to back Monica Harding, a Liberal Democrat candidate hoping to unseat Mr Raab.

"Although we do not take part in any form of party politics, we invite people, irrespective of how they normally vote, to consider very carefully how they cast their vote on 12th December," Mr Dunn and Mrs Charles said.

"This is not about left or right. It's about trust and right versus wrong.

"People will need to form their own judgements of course but given our experience of Mr Raab's behaviour, we strongly believe that he is not worthy of holding public office.

"We would hate for any family to suffer at his hands as we have. We would encourage the constituency to vote for his strongest challenger who we understand is Monica Harding."

The statement added: "They and the nation need to know the real facts of what has happened and the disgraceful manner in which Mr Raab has behaved and we look forward to meeting with them. Harry would expect nothing less of us."