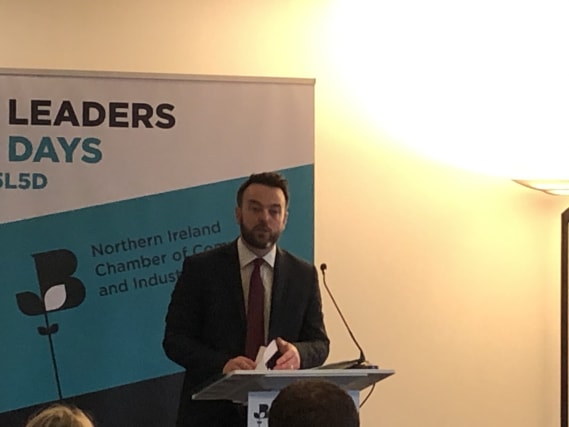 A rearguard action will be needed to save Northern Ireland’s NHS if Boris Johnson wins the election and forces through a bad Brexit, the SDLP leader said.

The country is struggling with long waiting lists for treatment and Colum Eastwood said difficult decisions were needed on the provision of care.

Stormont has not sat since 2017 and politicians are gearing up for more negotiations aimed at restoring devolved powersharing after the General Election.

Mr Eastwood said: “We think if Brexit happens badly then the NHS could be up for negotiation.

“I worry about the axis between (Donald) Trump and Johnson.

“I think Johnson has got no cards to play in a trade deal with the US.

“Where that leaves us could be very interesting so we are going to have to fight a real rearguard action to protect public services here over the next parliament.”

On Monday, health workers took industrial action in Northern Ireland in a row over pay and staffing levels.

Recently the Northern Ireland Affairs Committee of MPs warned services risked deteriorating to the point of collapse without a long-term funding strategy.

Mr Eastwood addressed a meeting of business leaders in Belfast.

He is challenging Sinn Fein’s Elisha McCallion for the Foyle Westminster seat covering the city of Londonderry and is pledged to “stop” Brexit.

Some commentators expect the SDLP to take two seats in the next parliament.

Mr Eastwood said there should be no economic borders between Northern Ireland and the Republic or with the rest of the UK.

He added: “We will continue, the last Vietnamese soldier in the jungle, fighting to try to stop it.”

If Brexit happens badly, the NHS could be up for negotiation, he added, and said pro-remain voices needed to put every possible effort into stopping the divorce.

He said: “It is not a done deal. A coalition of progressive parties at Westminster can, and I hope will, deliver at the very least a people’s vote on the terms of Brexit.

“But if there’s anything we’ve learned over the last three years, it’s that you need a plan B.

“That’s why I have urged parties in London to bank the terms of the backstop, preventing the return of a border across this island.

“Brexit was and is an issue of such scale and importance that I continue to believe it requires a united and passionate civic response – a response giving a factual outline of the economic damage it has the potential to do to this region.”

Chamber president John Healy said the economy was locked on a low growth trajectory and firms were unable to plan for the future.

He added: “The message from businesses therefore could not be clearer: the next Government must deliver an end to the Brexit stalemate and take decisive steps to improve business confidence across all regions of the UK.”