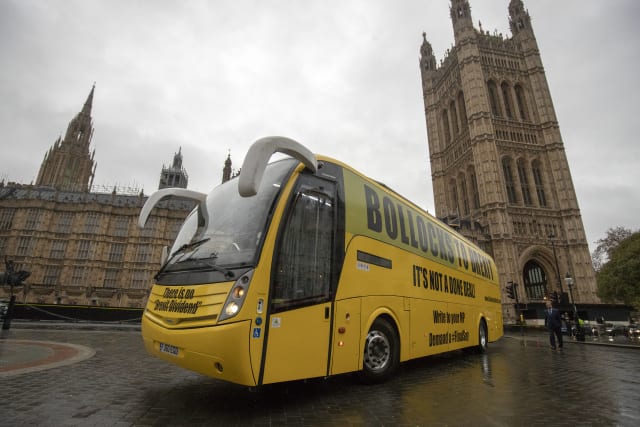 Two anti-Brexit campaigners have claimed they were pulled over on the M25 and told by police to remove a sticker from their car.

Passenger Peter Cook posted a video to Twitter claiming that Essex Police had “bullied” the campaigners into removing a “Bollocks to Brexit” slogan on the motorway near Brentwood on Sunday afternoon.

Mr Cook told the BBC: “He said it [the slogan] was a public order offence, he insisted we remove the signage on the hard shoulder of the M25.”

Posting a video of the incident on social media, the campaign group said: “Essex Police bullied us into removing “Bollocks” from our car… I am calling the Police Complaints Commission.”

An Essex Police spokeswoman said: “We are trying to identify the officer from the video footage to establish the circumstances around what happened.

“In the meantime, we would encourage the driver to get in touch with us.”

The Independent Office for Police Conduct did not immediately respond to a request for comment.

In November 1977, Nottingham Magistrates’ Court ruled “bollocks” was not an obscene word after a record store manager was arrested for displaying the album Never Mind The Bollocks, Here’s The Sex Pistols.