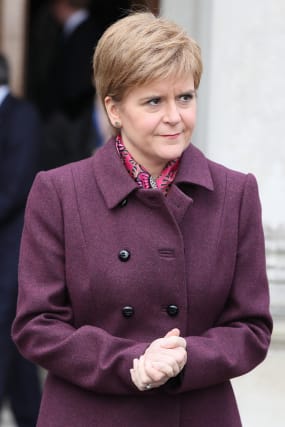 Scotland would be able to rejoin the EU relatively quickly if it were independent, First Minister Nicola Sturgeon has said.

Ms Sturgeon said that Scotland would be “seeking a way back in” to the EU if Brexit goes ahead.

Scotland voted by 62% to remain in the European Union in 2016, and the SNP is keen to halt Brexit.

Ms Sturgeon has already said she wants a fresh ballot on independence to take place in the second half of 2020.

In a BBC interview with Andrew Neil, Ms Sturgeon said that if Scotland becomes independent she believes the timescale for rejoining the EU would be quite fast.

She said: “I’m not going to give you a specific timescale for that.

“In all of my experience of discussions with different interests in the European Union I think that could be relatively quick but that will depend on the discussions we have.

“We understand the conditions we would require to meet and the discussions that would require to take place but if we’re in a position of Scotland being taken out of the European Union then we will be seeking a way back in.”

Asked whether Scotland could join the EU while using the currency of a non-member state, she told the BBC: “We would be setting up a central bank, we would be setting up the infrastructure that is required for that, that is part of the discussion we would have about the European Union, but it is not true to say we would have had to have established an independent currency before joining the European Union.”

She added: “We would have a discussion with the EU about the journey an independent Scotland was on in terms of currency, and the accession if Scotland was already out of the EU to the point where we rejoined the EU.

“Scotland faces right now the uncertainty of being ripped out of the EU against our own will. It’s not of our making.

“And we need to plot the best way forward for our country where we are in charge of the decision that we make.”