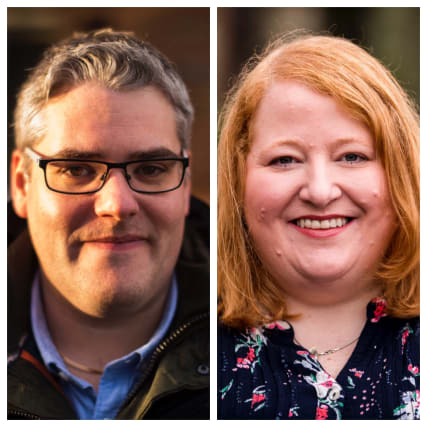 In a constituency steeped in maritime heritage, the Alliance Party is hoping to ride the crest of its recent wave to repeat its most famous electoral triumph in East Belfast.

But DUP Brexiteer candidate Gavin Robinson is confident of withstanding the pro-Remain party’s electoral surge to ensure he does not suffer the same fate as his former party leader in 2010.

Alliance leader Naomi Long, who registered one of Northern Ireland’s most memorable electoral victories when she defeated the seemingly unsinkable Peter Robinson nine years ago, insists history can repeat itself.

But with the electoral picture having shifted markedly in the decade since, her task is undoubtedly a Titanic one in a constituency whose shipyard workers famously built the ill-fated liner.

In 2010, Ms Long registered 12,839 votes in winning the seat from a Stormont First Minister who at the time was reeling from a series of political controversies.

“It’s not the biggest majority I’ve ever had to overturn to win the seat,” Ms Long said of her chances of springing another surprise.

“I have some experience of overturning a large majority to take this seat.”

The changing polling dynamic in East Belfast is in large part explained by the collapse of the Ulster Unionist vote, with pro-Union supporters, mindful of the consequences of a split vote in 2010, having consolidated behind the DUP.

Two years ago, the DUP also got its vote out in large numbers, with supporters responding to a landmark Assembly election three months earlier when pro-Union MLAs lost their majority in the Stormont chamber for the first time.

Mr Robinson believes his base is galvanised once again, though this time in its opposition to the current Brexit withdrawal deal.

“I think there’s a general motivation within the unionist community,” he said.

“You’ve heard it over the last number of weeks where they’ve been craving for unionist unity and cooperation throughout constituencies in Northern Ireland.

“They’re galvanised by the threat of Boris Johnson’s Brexit deal.

“They want to see a conclusion to this process, which has dogged politics now for the last three years but in a way that doesn’t do damage to the union. People are mobilised, they are motivated.”

Mr Robinson says Mr Johnson, who famously pledged not to erect economic borders in the Irish Sea when he spoke at last year’s DUP conference, has ditched a principled position

“For as long as he casts aside the principled position that he had had, he’s not going to have our support.”

There are only three candidates in the field, with UUP candidate Carl McClean not expected to factor in what is essentially a two-horse race for the seat.

The shortened ballot paper is in part due to the decision of pro-Remainers Sinn Fein, the SDLP and Greens to step aside in an effort to boost Ms Long’s chances. It is a move that the Alliance leader was not involved in, having described electoral pacts as “unhealthy for democracy”.

Alliance’s pro-Remain stance in a region that voted to stay in the EU in 2016 is likely one factor in recent electoral successes.

Ms Long captured one of Northern Ireland’s three seats in the European elections in May and the party also made significant gains in the local council elections the same month. The achievements prompted the talk of a middle-ground “Alliance surge” – a phrase the party has adopted in its election literature this time round.

But having only been in Brussels for a matter of months, Ms Long has faced questions why she is now setting her sights on a return to Westminster. It has prompted some to query whether Alliance relies too heavily on her apparent personal popularity with the electorate.

“I don’t think that that is a fair assessment, though I can understand that some people might want to say that it is, and it might be comforting to them to think that if only it wasn’t for me there would be no Alliance Party,” she said.

“I ran for Europe because I think, as a party leader, I should lead from the front.

“I have used my time in Europe to ensure that we avoided a hard Brexit and a no-deal Brexit.

“But I believe that the crucial decisions will now be taken at Westminster and so I think that it’s important that I put my name forward and take the fight that I have fought in Europe now to Westminster to make a difference there.”

Mr Robinson, who like Ms Long is a former lord mayor of Belfast, rejects the suggestion that his party wants to steer clear of the ‘B’ word on the campaign trail, amid criticism from unionist rivals that the DUP’s confidence and supply deal with the Tories only served to deliver a Brexit deal they claim could weaken Northern Ireland’s place in the Union.

“It’s not an awkward position,” he said.

“Because we’ve been very clear about what we think is in the right interests of Northern Ireland and indeed the entire United Kingdom as we leave the European Union, we’ve been very clear throughout this process, whether it was the three meaningful votes with Theresa May, or indeed in Boris Johnson’s deal, he will not have our support for something which will damage the Union or doesn’t do justice to the main threads that hold our country together.

“So we are principled in our stance, but people can see very clearly what we have delivered through the relationship with the Conservative government – investment in Northern Ireland making a real impact for people’s lives here.”

In a constituency that voted to leave, albeit marginally by 51%, Mr Robinson says he respects both positions in the debate and has endeavoured to engage with all sides in his time as MP.

“For those who don’t want to see Brexit done at all, or those that want to see it done in a cohesive way, all of them agree on one thing – I should have voted against the previous deals on the table, and that’s what I did,” he said.

Ms Long declines to be drawn when asked whether failure to win a Westminster seat on December 12 would mark the end of the Alliance surge.

“Well, I think we recognise that there are opportunities for us to win seats in this election and that’s ideally what you want,” she said.

“In a first past the post election unfortunately there’s winner takes all, so if you don’t win a seat, you are the loser – whether or not you come second, third or fourth it doesn’t matter.

“But it still matters to us that people have a right to register a vote for the value and the vision that Alliance stands for.”