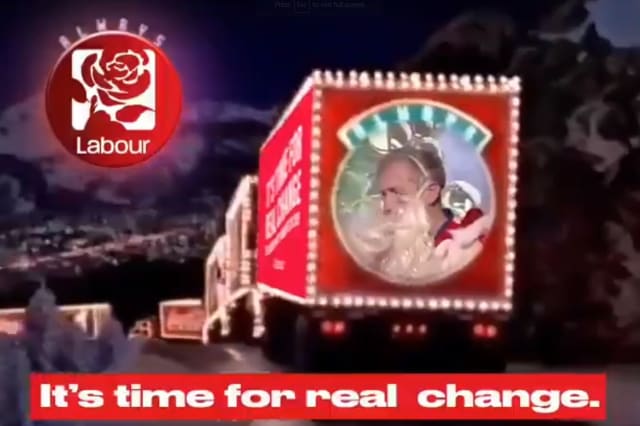 A parody of Coca-Cola’s famous Christmas truck advert featuring Jeremy Corbyn as Santa Claus has been removed from social media after the drinks giant lodged a copyright complaint.

The group sent the spoof video with the caption “The new Coca-Cola Advert is actually amazing” on Friday.

The video also featured lorries labelled “water, rail and energy”, with a firework-type display spelling out they would be taken “back into public ownership”.

But it was swiftly taken off Facebook and Twitter after the brand, one of the most recognisable symbols of global capitalism, said it was “taking steps to ensure this is removed”.

A Momentum spokesman said: “In a shocking display of Grinch like corporate power Coca-Cola are trying to stop socialism by Christmas.

“With such popular policies including fast and free broadband, a million new homes and no tax rises for the 95% we’d have thought they’d welcome some real change under the Christmas tree.”

A Coca-Cola spokesman said: “We have been made aware of a social post from Momentum which uses footage from the Coca-Cola Christmas advert.

“The film is in no way endorsed by The Coca-Cola Company and we have not given permission for any footage to be used in this way.

“We are taking steps to ensure this is removed.”