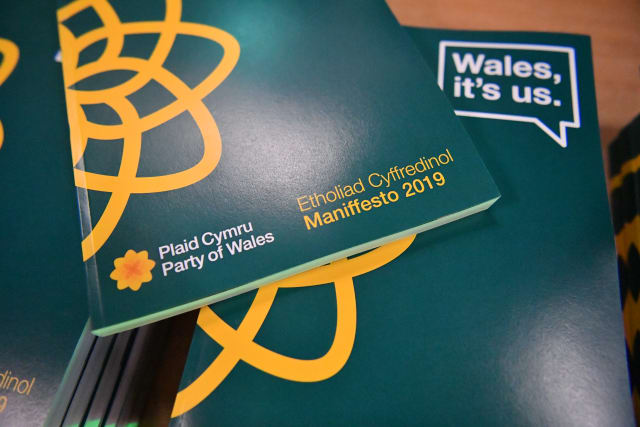 Plaid Cymru has made a multi-billion investment programme its key pledge in its General Election manifesto following its launch on Friday.

The party say it will create tens of thousands of new jobs across Wales with a £20 billion investment into renewable energy, digital technology and transport infrastructure, with the added aim of making the country carbon and single-use plastic free by 2030.

Projects include the electrification of all mainline rail lines and Valleys railways, a metro system, the construction of tidal lagoons in Swansea Bay, Cardiff, and Colwyn Bay, an offshore windfarm near Ynys Mon, a barrage on the River Usk, and the construction of 20,000 green social houses.

The party has also prioritised social care, promising free care for the elderly and vulnerable people through a National Health and Social Care Service.

It says an additional 1,000 new doctors, 5,000 new nurses, and 100 new NHS dentists would offer “seamless access to health and care for everyone throughout Wales.”

A “fair deal for families” would offer universal free childcare for 40 hours a week, and a £35 a week payment for every child in a low income household, which they say will lift 50,000 children out of poverty.

Housing has also been made a key priority, with a pledge to invest in environmentally sustainable affordable homes and rent relief for people who pay more than 30% of their income on rent.

Plaid has also pledged to combat crime, with the creation of a Welsh justice system, policing devolved to Wales, and a crime prevention fund to recruit 1,600 new police officers and at least two for every community.

Other key points of the manifesto include having a “final say referendum” on EU membership, a Welsh migration advisory service to plug skills gaps with migrants, devolution of the welfare system, cancelling plans for the £5 billion restoration of the Palace of Westminster, and a decision of going to war requiring support of all four nations of the UK.