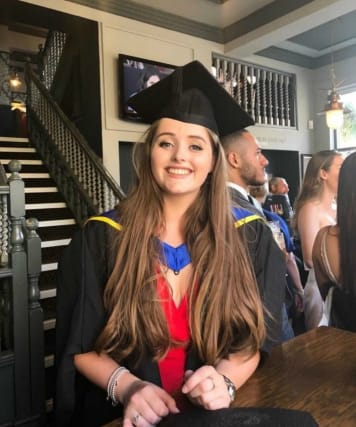 The father of murdered British backpacker Grace Millane has said the conviction of his daughter’s killer “will not reduce the pain and suffering” the family have endured since her death.

David Millane said his daughter “will be missed forever” as he left Auckland High Court in New Zealand, almost a year after she was killed by a man she met on dating site Tinder, before he stuffed her lifeless body in a suitcase and disposed of it.

The jury of seven women and five men took five hours to return a unanimous guilty verdict after a two-week trial.

The 27-year-old killer – who cannot be named – will be sentenced on February 21 when the judge will decide whether he can be identified.

Ms Millane’s parents, David and Gillian, wept after the verdict was delivered, as did several jurors.

Speaking outside court, an emotional Mr Millane said: “It will not reduce the pain and suffering we have had to endure over the past year.

“Grace was taken in the most brutal fashion a year ago and our lives have been ripped apart.

“Grace was our sunshine and she will be missed forever.”

Ms Millane, from Wickford, Essex, met the man for a date in the centre of Auckland on December 1 2018.

After several drinks, the pair returned to his apartment.

She was killed either that night or in the early hours of the next morning – the date of her 22nd birthday.

The Crown successfully argued the man strangled her and shoved her body inside a suitcase before burying her in a forested area outside Auckland.

She was assumed missing, and her father flew to New Zealand as local authorities spent a week searching for her body until the discovery was made.

Jurors rejected the defence claim that the death was accidental and occurred during rough sexual intercourse.

The trial heard that the killer was initially interviewed by police because he left a comment on one of Ms Millane’s Facebook photos.

He said the pair went their separate ways after their date.

He later admitted Ms Millane was dead, but said he did not murder her. The killer then took police to where she was buried.

During the trial, jurors heard from forensic experts who examined the accused’s apartment for blood stains as well as Ms Millane’s body.

They were also shown footage of the woman and the defendant drinking at various bars in Auckland and kissing before they went to his apartment.

Video footage from the elevator of her exiting on the third floor marked the last recorded time Ms Millane was seen alive.

His phone was also used to search for “flesh-eating birds” and “are there vultures in New Zealand?”.

The killer was remanded into custody until his sentencing.

He faces life in prison with a minimum of 10 years without parole, though the judge can increase the latter period.