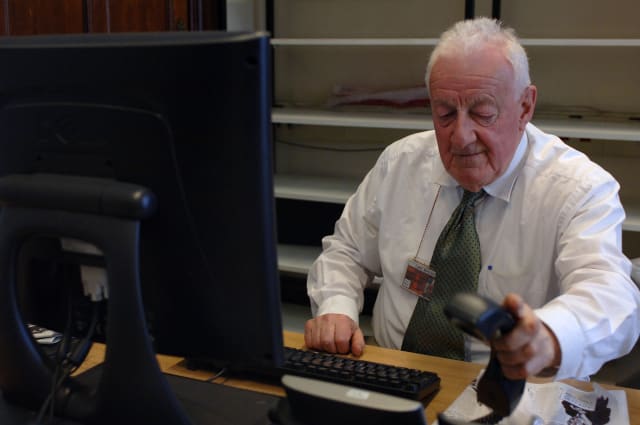 Chris Moncrieff, one of the most respected lobby journalists of his generation, has died. He was 88.

The former political editor of PA, who was hailed as “the one journalist who mattered” by former Prime Minister Tony Blair, died in hospital on Friday morning after a short illness. his family said.

He retired after 32 years at Westminster in 1994, but returned to work the next day and continued to contribute to the agency until his death.

Pete Clifton, PA’s editor-in-chief, said: “Moncrieff was the ultimate news agency journalist – great contacts, always close to the action, working some epic hours and obsessed by getting stories out before everyone else.

“He had no interest in any political agenda or viewpoint, just making sure he was first to write about it.

“On the rare occasion he took a holiday, we could expect him to file news stories he’d picked up on the promenade, and until very recently he was still filing us the ‘quotes of the day’ feature for the newswire, as well as drawing on his extraordinary memory to file a weekly politics column for our regional newspaper subscribers.

“Legend gets overused, but there’s no doubt Moncrieff was a PA legend and a remarkable political reporter.

“We are profoundly sad today, but cheered by the many stories of Moncrieff we can share.”

Described in Westminster as “the man with the lived-in face and slept-in suit”, Moncrieff’s style was classic news reporting and he roamed Westminster with order papers stuffed under his arm and notebooks in his pockets as he encouraged MPs to call him at any time of day or night.

He joined the national news agency’s parliamentary staff in 1962 before becoming a lobby reporter in 1973 and chief political correspondent (later political editor) in 1980.

Westminster’s The House magazine said he was a “one-man dynamo for whom news is food and drink is Guinness”.

The press bar of the House of Commons was named after him in 2007.

He had four children with his late wife Margaret.