Residents have been left scratching their heads after a council decided to display a 16ft rodent for Christmas.

Alton Town Council, in Hampshire, surprised locals when it chose to erect a skiing marmot (type of squirrel) rather than a traditional festive decoration.

A resident, who was not convinced by the £20,000 display, wrote on the council's Facebook page: "I just don't understand! Whatever it is, it has no relevance to Christmas, it's embarrassing and just plain ugly. 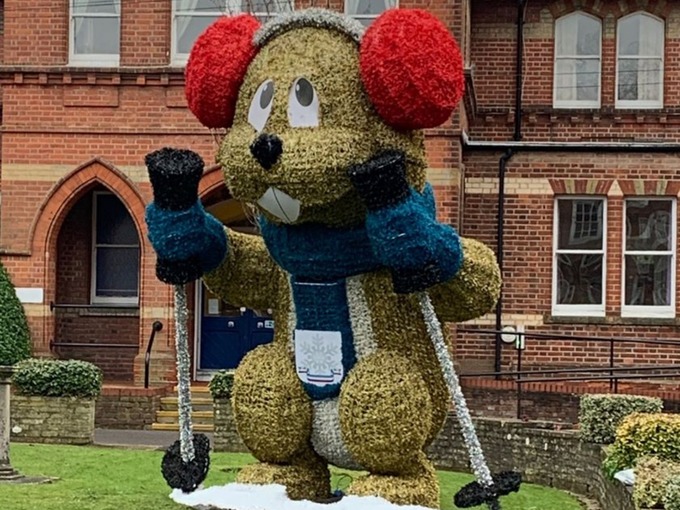 "I struggled to like the Christmas hat we had last year but this is another low."

Another perplexed local added: "Don't remember a Marmot being in the Christmas story."

Townhall staff are also apparently not too sure about the display after nicknaming the skiing squirrel "Marmite" because people either love it or hate it.

But not everyone hates the festive marmot, with some residents saying children will love it and it will bring attention to Alton.

A Facebook user wrote: "I love it!! Shame that you can't please everyone."

Alton Town Council has defended its decision to erect the Christmas marmot over a polar bear and giant baubles, which were also considered.

It said the rodent was meant "to bring a smile to people's faces, particularly the children".

A council spokeswoman added: "We realised that people were really keen to take selfies with it and it was definitely a talking point.

"Marmite this year is most certainly a talking point and has had over 25,000 views on our Facebook page alone."