Sixteen people discovered in a sealed trailer on ferry to Ireland 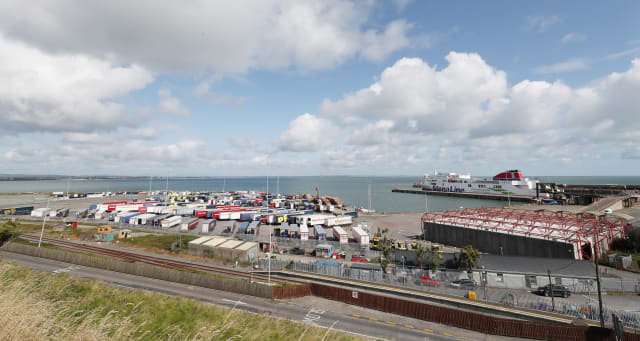 Sixteen people have been discovered in a sealed trailer on board a ferry from France to the Republic of Ireland, Stena Line has confirmed.

All are reportedly in good health on board the ferry which is set to arrive at Rosslare later.

In a statement, Ian Hampton, Stena Line’s chief people and communications officer, said an employee discovered the people during a routine inspection.

“During the Stena Horizon’s 9pm sailing from Cherbourg, France, to Rosslare in the Republic of Ireland on Wednesday November 20, one of our employees during a routine inspection discovered 16 people in a sealed trailer on the vehicle deck,” he said.

“All the individuals are reported to be in good health and have been moved to a private passenger lounge on the ship where their wellbeing is the focus of our employees.

“Stena Line has alerted security and immigration officials in Rosslare so as the necessary arrangements can be made for the group on the vessel’s arrival in Rosslare.

“The vessel is scheduled to arrive at approximately 3.30pm today.”

The incident comes just days after a group of 25 people were found inside a refrigerated container on board a UK bound ship just off the coast of the Netherlands.

Last month 39 people were found dead inside a container in Essex which had arrived in the UK via ferry from Zeebrugge, Belgium.