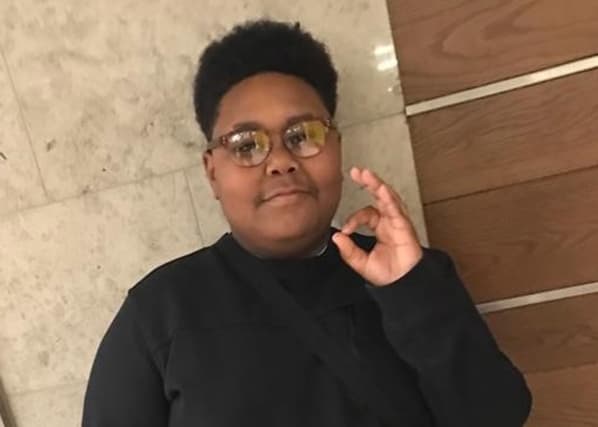 A boy was caught with a “Rambo-style” knife at school months before he allegedly killed a 15-year-old student, a court has heard.

Aspiring musician Tashaun Aird was chased down and fatally stabbed in Hackney, north London, on May 1 after denying membership of a local Red Pitch gang, the Old Bailey has heard.

Two 15-year-old boys, who cannot be identified, are accused of his murder along with Romaine Williams-Reid, aged 18.

A teacher, who used to work at a school attended by one of the 15-year-old defendants, gave evidence in court behind a screen.

He told jurors he was responsible for “wanding” students with a metal detector as they arrived for lessons.

On February 27, the defendant had been through security doors before the teacher approached to scan him for metal objects, the court heard.

The defendant moved “sharply” towards the student toilets in an “abrupt” manner and appeared to be trying to hide something behind the door, jurors heard.

The teacher followed and asked to see what it was, and the boy replied, “nothing, nothing is there”, the court heard.

The witness said: “He was not pleased at all.

“I informed him if he did not move out of the way I would have to call assistance from my colleagues.

“I leant back to call for colleagues. I briefly looked away. As I looked back he was seen to be concealing something behind his trousers in his waistband.”

When told he would have to call police, the boy was “not at all pleased”, the court heard.

The witness said: “I had to assess the situation again for my own safety. I hugged him as to get a better look as to what he was concealing.

“At this moment I saw what I can only describe as a large Rambo-style knife in a sheath.”

The teacher said it had a four-inch handle and a blade up to seven inches long.

He told jurors: “There was a very brief tussle between us both. I then immediately called assistance from my colleagues. Nobody answered.”

When the member of staff asked him to hand it over, the boy allegedly said: “No, I can’t give it to you, it’s not mine.”

The teacher told him it was an illegal weapon and he would have no choice but to call police but he again refused, saying, “I can’t give you it, it’s not mine. Just let me leave”, jurors heard.

The witness said: “As no colleagues assisted me, I made the decision that it would be in my best interests to let him as (the boy) was physically larger, taller and bigger than me.”

As a consequence, the boy was excluded from school for five days.

On May 2, the teacher found out Tashaun had died and went to the scene to pay his respects, the court heard.

Williams-Reid, from Romford, east London, and two 15-year-old boys have denied murder, wounding another boy with intent and possession of a knife.