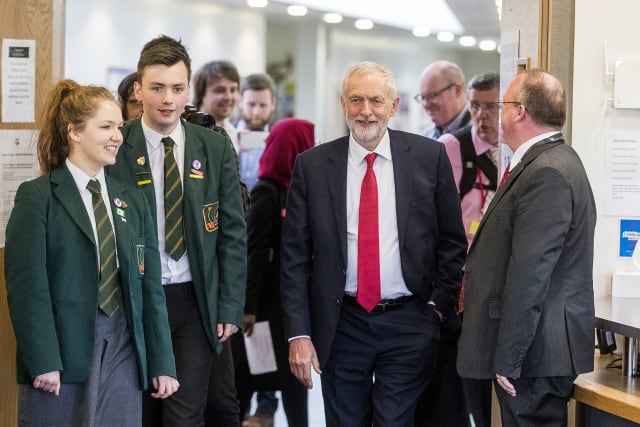 Labour has laid its education funding cards on the table, pledging to pump billions of pounds into the school system over the next three years.

The party plans to increase spending in England’s schools by £10.5 billion by 2022/23, according to newly published documents.

The Institute for Fiscal Studies, a respected economic think tank, said that Labour’s proposals would mean a 15% real terms increase in per pupil funding over the next three years.

Labour’s manifesto says that its funding settlement “will ensure pupils are taught by a qualified teacher, that every school is open for a full five days a week, and maximum class sizes of 30 for all primary school children. We will also fund more non-contact time for teachers to prepare and plan”.

The manifesto is also set to deepen divisions between Labour and private schools, as it sets out measures to cut tax breaks for the sector.

A row was sparked in September after the party passed a resolution at its conference which put forward sweeping plans to overhaul private education and “integrate” fee-paying schools into the state sector.

The move was immediately met with outrage from private school leaders, who have vowed to fight any such move.

Labour’s manifesto says that the party intends to “close the tax loopholes enjoyed by elite private schools and use that money to improve the lives of all children”.

The party also pledges to ask the Social Justice Commission “to advise on integrating private schools and creating a comprehensive education system”.

“Any further tax is putting politics before pupils and will have serious unforeseen consequences.

“We are particularly worried about the effects on vulnerable children.”

Other education measures in Labour’s manifesto, some of which are already known, focus on the party’s plans to create a national education service.