Helen McCourt killer has met test for release from prison, Parole Board decides 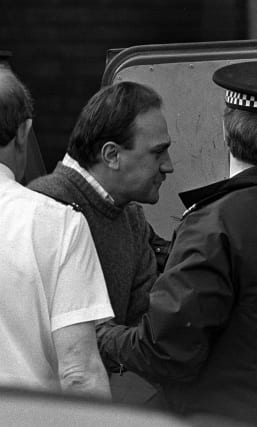 Convicted killer Ian Simms is due to be released from prison after the Parole Board said he “met the test for release”, despite never telling police where he hid the body of victim Helen McCourt.

Simms, 63, was deemed suitable for release due to factors including the “considerable change in his behaviour”.

He will be released subject to a series of conditions, including to reside at a designated address, to be “of good behaviour” and to report for supervision appointments.

Simms – who ran the George and Dragon in Billinge, near Wigan – will also have to wear a tagging device to monitor his whereabouts, observe a curfew and avoid any contact with the family of his victim.

The pub landlord, who was convicted by a jury on overwhelming DNA evidence of the 22-year-old’s abduction and murder, has been serving his life sentence at HMP Garth in Leyland, Lancashire.

He has always maintained his innocence over the death of Ms McCourt, an insurance clerk who vanished on her way home from work in Liverpool in February 1988.

Simms was convicted the following year.

Outlining its verdict, the Parole Board said: “Taking into account the denial, the refusal to reveal where the victim’s body is, all the risk factors, the progress that Mr Simms has made, the considerable change in his behaviour, the fact that he has not been involved in any violence or substance misuse for many years, his protective factors, the recommendations from all the professionals and all the evidence presented at the hearing, the panel was satisfied that Mr Simms met the test for release.”

During a Parole Board hearing, Ms McCourt’s family called on Simms to end the “torture” and reveal once and for all where he hid her body.