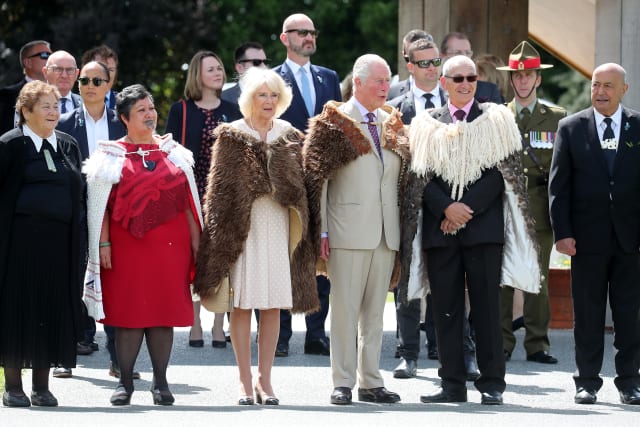 The family of a “dedicated” 24-year-old man who died in the Christchurch mass shootings have been consoled by the Prince of Wales and Duchess of Cornwall.

Tariq Omar, a keen footballer, was one of 51 people killed in the deadliest mass shooting in New Zealand’s history when a gunman opened fire at the Al Noor Mosque and Linwood Islamic Centre.

A further 49 were injured in the attacks on March 15.

Charles and Camilla held a private meeting with members of the Omar family during a visit to Cashmere High School, with four current or former students of the school killed in the attack.

Rosemary Omar, the mother of Tariq, said: “From my point of view, it’s just very comforting to know that the Duchess of Cornwall understands how we feel.

Tariq’s sister Qariah, 27, added: “She was lovely, she was very heartfelt.

“Tariq was dedicated, very dedicated to his family, his faith, his sports, his academic studies.”

The 27-year-old added that the duchess “really took the time to put her energy and love” into their exchange.

Charles told an audience at Cashmere Public School he knew of the “terrible anguish” felt by the community, referring to the murder of his great-uncle Louis Mountbatten by terrorists in 1979.

“I can only say how much you have been in our thoughts and prayers over these past months as you have sought to come to terms with the appalling atrocity that was perpetrated on this community,” the prince said.

“I believe I may know something, just something perhaps, of the terrible anguish you have suffered having lost my own beloved great-uncle as well as one of my godsons when they were murdered by terrorists some 40 years ago.

“I can appreciate therefore the intense grief and anger that you have faced and the terrible despair that can result. It seems to me the only possible remedy for such understandable feelings of despair is hope.”

Lord Louis Mountbatten was killed alongside his teenage grandson Nicolas Knatchbull and two others when a bomb exploded on a wooden fishing boat off the western coast of the Republic of Ireland in 1979, with the IRA going on to claim responsibility.

“The worst of times, it seems to me, can so often bring out the very best in us all,” Charles said.

“In the wake of the terrible events of March 15, we have seen many examples of this as all the communities of Christchurch have stood proudly with their Muslim brothers and sisters, as those who have suffered so grievously have shown such dignity in response.

“In all of this the strength of New Zealand character, which I have long admired, has shone through with tolerance, courage and compassion on such conspicuous display.

“In the midst of the most dreadful loss there is, therefore, cause for great hope,” he added, before signing off by saying “strength and courage to us all” in Maori.

The assembly of the school’s students was also attended by New Zealand’s Prime Minister Jacinda Ardern who, in the aftermath of the Christchurch attack, said it was an “act of extreme and unprecedented violence” on “one of New Zealand’s darkest days”.

The school’s head boy Okirano Tilaia, who led a vigil specifically for school children three days after the attacks, said: “That Friday, no words can describe what any of us felt.”

Speaking about the vigil, he said: “We stood together, united. Our message was, and is, this is who we are, not darkness but light, not hate but love.

“One evil act does not define who we are, what defines us is how we choose to respond.”