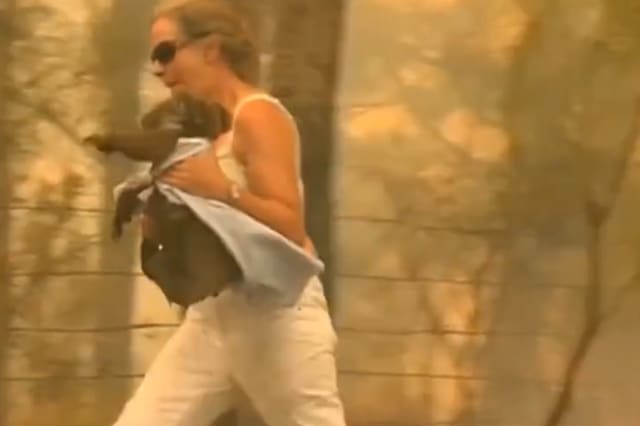 The woman, named as Toni Doherty by 9News, can be seen rushing to the aid of the animal, before bundling it up in the shirt off her back and dousing it with bottles of water.

The injured koala was taken to Port Macquarie Koala Hospital in New South Wales where he is being closely monitored by staff.

Sadly, the hospital have said the animal, named Lewis by his rescuer, has burns to his feet, chest and stomach and his chances of survival stand at 50-50.

Conservationists fear hundreds of koalas have died in the wildfires that have razed prime habitat on Australia's east coast.