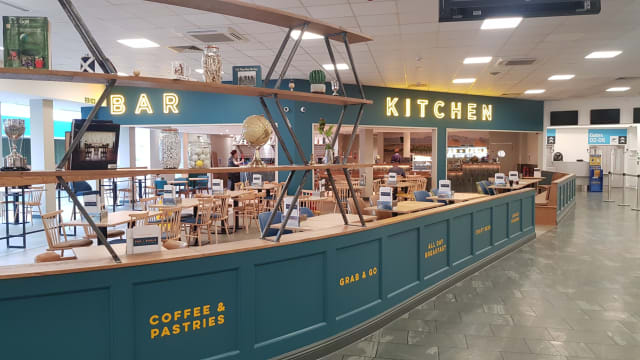 Upper Crust owner SSP saw shares slip after it announced plans to buy back up to £100 million of shares while sales continued to grow.

The travel food retailer said the new financial year has started positively but cautioned over uncertainty regarding passenger numbers amid a turbulent period for the travel industry.

SSP revealed the trading update as it reported a 7.8% jump in pre-tax profits to £197.2 million for the year to September 30.

Meanwhile, revenues also increased by 7.8% to £2.79 billion for the period, as it was buoyed by growth in North America and continental Europe.

The company hailed “another strong performance” over the year, despite being impacted by “some external headwinds”.

Like-for-like sales across the group increased by 1.9% as it was boosted by increased numbers of air and train passengers.

It said growth was stronger at its airport sites but it did also benefit from reduced disruption at railways.

SSP said it expects like-for-like growth to be around a similar level in 2020, amid the “prospect of ongoing political uncertainty and the expectation of airline capacity cuts”.

Nevertheless, it held firm on its expectations for the new financial year and said it anticipates another year of “strong growth”.

“The new business pipeline is strong across all our geographies both this year and next, and we’ve announced a £100m share buyback which further demonstrates our confidence in the future of the business.

“The new financial year has started in line with our expectations and, whilst a degree of uncertainty always exists around passenger numbers in the short-term, we continue to be well placed to benefit from the structural growth opportunities in our markets and to create value for our shareholders.”