Labour manifesto to include £100bn investment in Scotland over next decade 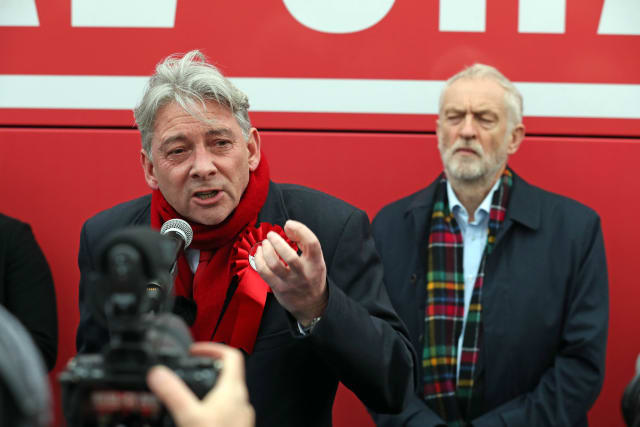 Labour will pledge to invest £100 billion in Scotland over the next decade as Jeremy Corbyn unveils his party’s manifesto ahead of next month’s General Election.

It marks an increase from the £70 billion previously announced by shadow chancellor John McDonnell.

The figure based on policy commitments will include £20 billion of National Investment Bank funds plus £30 billion from the National Transformation Fund and £50 billion in Barnett consequentials.

He added: “In making this investment Labour is laying the foundations for a better, more just and fairer society where no-one is left behind and where every person is given the opportunities to lead a decent and fulfilling life.

“This extra investment will provide the funding that Scottish Labour would use to build 120,000 new council and social homes, invest £6 billion in retrofitting homes to the highest energy efficiency standards, and bring dignity back to care workers and care users alike with a 25% increase in investment in social care.

Mr Corbyn is to unveil a “manifesto of hope” for the December 12 election to party supporters in Birmingham on Thursday.

The proposals are expected to include renationalisation plans for key utilities, promises to significantly boost NHS spending, creating a £10 minimum hourly wage for all, tackling climate change and creating jobs in a “green industrial revolution”.

Mr Leonard added: “Back in 2014, many of those who campaigned and voted for independence did so because they saw it as an opportunity to challenge the failed status quo.

“Now the SNP’s own blueprint for independence prescribes a decade of cuts in a separate Scottish state.

“This is not a challenge to the status quo – it is a recipe for disaster, and a bid to turbocharge the failed austerity politics that Scotland has suffered for far too long already.

“Under my leadership in Scotland, and Jeremy Corbyn’s across the UK, Labour is now offering the people of Scotland a chance to break free from the failed policies of the Tories in Westminster, and from the SNP’s cuts, which they would accelerate in a separate Scotland.”