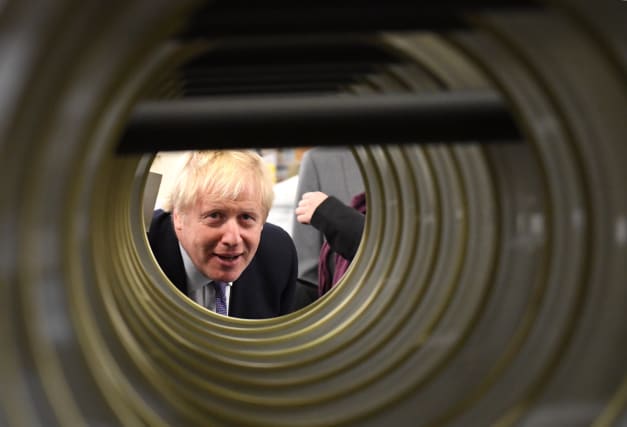 It used to be one of the safest Labour seats in the country.

Now it is a Conservative target, which would change hands on a swing of 7.3% – the sort of swing that would deliver Boris Johnson a very comfortable majority in the House of Commons.

He visited the area on Wednesday as part of a tour of Tory targets in north-east England.

This part of the country could be fertile ground for the Conservatives at the election.

On a 7.3% swing, four Labour seats would fall to the Tories – including Sedgefield.

Victory here would have enormous symbolic value for the Conservatives, thanks to its associations with Mr Blair.

But Labour’s Phil Wilson will not make it easy for them.

He has held the seat continuously since 2007 and has built up a loyal local following.

At this election, he is up against candidates from the Conservatives, Liberal Democrats, Greens and Brexit Party, plus an Independent.

With such a variety of opponents, the anti-Labour vote could end up split – and possibly increase the chances of a victory for Mr Wilson.