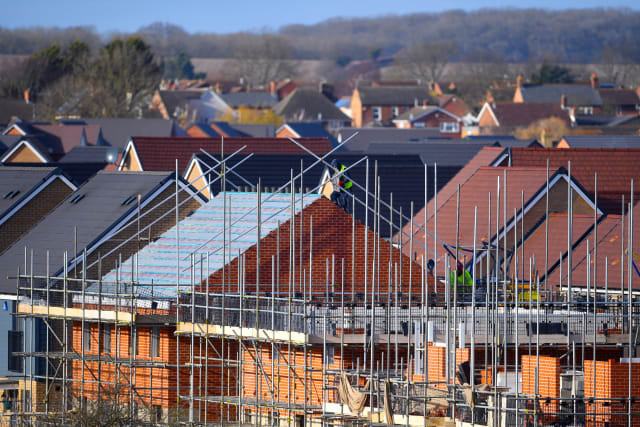 Statistics from the Ministry of Housing, Communities and Local Government showed there were more net additions to England’s housing supply in 2018/19 than in any other year going back to the early 1990s.

Within the 241,130 total, the main boost to housing supply came from completed new-build homes, with some 213,660 recorded.

“Change of use” from non-domestic properties such as offices or barns into homes accounted for the next biggest chunk of the gains, with conversions between houses and flats and other gains such as caravans and house boats also boosting the figures.

The total was offset by 7,940 demolitions.

Chris Sykes, a mortgage consultant at broker Private Finance, said: “The number of additional homes created each year has reached a new high, outstripping the previous peak seen in 2007/08 before the full effects of the financial crisis hit the market.

“Insufficient supply has been a longstanding issue for the UK’s property market, pushing up prices and slowing down movement at all levels of the housing chain.

“Any boost in supply will therefore be welcomed by home-buyers, who are already experiencing more favourable conditions thanks to a slowdown in price growth and record low mortgage rates.”

The Home Builders Federation (HBF) pointed out that the figures show that, in the past six years, net housing supply has nearly doubled since a low of just over 124,720 in 2012/13.

HBF executive chairman Stewart Baseley said: “Today’s numbers show the huge progress made by the industry as we look to meet the country’s housing need.

“Alongside much-needed homes, the increases are boosting local economies up and down the country, creating tens of thousands of new jobs and delivering much-needed investment in infrastructure.

“We need politicians to continue to work with us and develop policies that enable further increases to be delivered.

“We need to see policies that ensure buyers can buy and that enough land comes forward in the right places quickly and efficiently.

“We also need to see more support for SME builders and specialist providers to ensure the supply base continues to grow.”