Next government should legislate to protect cash access, says Which? 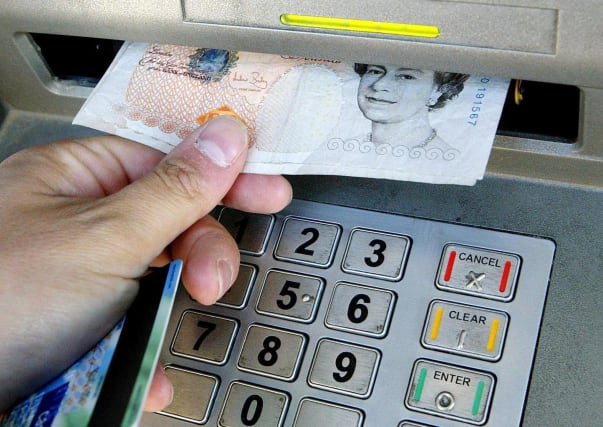 Hundreds of communities are struggling to access cash, according to a consumer group which is urging the next government to introduce a guarantee protecting people’s ability to continue using banknotes.

Which? said the next government must intervene to introduce legislation that guarantees consumers can continue to access and pay with cash for as long as it is needed.

It said its analysis of data from ATM network Link indicates 259 communities across the UK have poor cashpoint provision or no cashpoints at all, fuelling fears that many people are struggling to access cash.

Which? found that 130 postcode districts with a combined population of more than 115,000 do not have a single cashpoint.

Of these, 36 areas with a combined population of more than 19,000 do not have a post office, leaving residents in “cash deserts”, it said.

A further 129 communities have just one ATM – around two thirds (65%) of which charge a fee for withdrawals.

Which? released the analysis to coincide with its consumer agenda for government, calling on all political parties to set out a “pro-consumer agenda with commitments that deliver positive, tangible improvements for individuals across the UK”.

The agenda includes calls for the next government to guarantee access to cash for as long as it is needed through legislation.

Which? said the postcode district PE32 in Peterborough was the most populated area (15,294) without a single cashpoint in its research.

Which? first raised concerns about the risk of a wave of cashpoint closures in December 2017 after Link announced changes to the way its network was funded.

The consumer group also found that cashpoints closed at a rate of 578 machines a month in the first half of 2019.

Gareth Shaw, head of money at Which?, said: “The countless communities across the UK with shockingly low cash machine provision show that measures intended to guarantee access to cash simply don’t work – and point to mismanagement of the broken cash landscape that is leaving many people struggling.

“These communities have found themselves presented with a confusing array of schemes from regulators and the industry claiming to fix the problem.

“Only intervention from the next government to properly protect cash for as long as it is needed can help the many people struggling for vital cash access.”

Link recently launched a “request an ATM” service so communities with a lack of nearby cash access can apply directly for a cashpoint.

Link chief executive John Howells said: “We are concerned that many communities are struggling to access cash and are determined to protect the national ATM network.

“Our data shows ATM usage is declining quickly. In fact, it’s down more than 10% year-on-year.

“Link can hold the system together in the short term through initiatives like the Community Access to Cash Delivery Fund, but we need a long-term commitment to protect cash access.

“We want to hear from communities that think they have an issue. Where there is a problem, Link will take action.

“We will specifically investigate the areas raised by Which? as part of this work.”

Martin Kearsley, banking director at the Post Office, said: “Access to cash is vital for the survival of communities nationwide, but in some areas that access is fragile.

“We are a hugely important part of the solution to this problem – our 11,500 branches, including 6,000 in rural areas, provide a significant free-at-the-point-of-use cash withdrawal and deposit network. 99.7% of the population live within three miles of a post office and often our branches are the last shop in the village and the only place for many miles where customers can withdraw cash.

“Almost every bank customer – whether personal or small business – can access their usual high street bank account to get cash out at any post office branch, make a cash or cheque deposit or check their balance.

“The services we offer are vital, especially for rural and remote communities, and they provide an opportunity for face-to-face interaction, which is important to many.”