A former Tory Cabinet minister has warned a Conservative majority at the General Election will result in a "disastrous" no-deal Brexit.

David Gauke, the former justice secretary, suggested Tory supporters opposed to no deal should consider "lending" their votes to the Liberal Democrats on December 12.

Mr Gauke, who had the Tory whip withdrawn by Mr Johnson after rebelling over Brexit, confirmed he would now be standing as an independent in South West Hertfordshire – the seat he has held sine 2005. 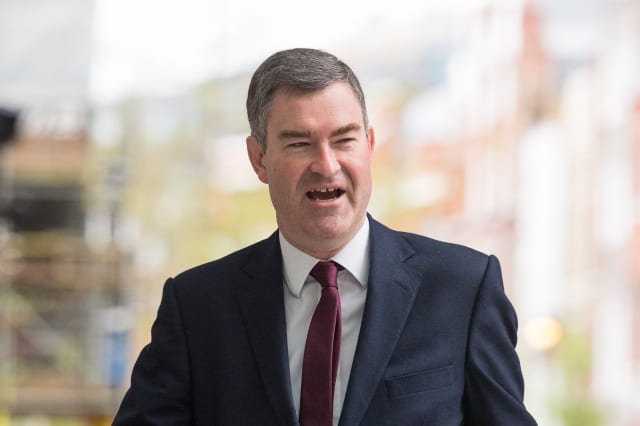 He said he feared if Mr Johnson was returned with an overall majority it would lead to Britain leaving the EU at the end of the transition period at the end of 2020 on World Trade Organisation (WTO) terms.

"A Conservative majority after the next General Election will take us in the direction of a very hard Brexit," he told the BBC Radio 4 Today programme.

"In all likelihood at the end of 2020 we will leave the implementation period without a deal with the EU, on WTO terms, in effect on no-deal terms, that I believe would be disastrous for the prosperity of this country – whole sectors would become unviable."

Mr Gauke said that even if Mr Johnson wanted to extend the transition period in order to allow more time to negotiate a new free trade deal with the EU, he would be unable to do so.

"I think in reality the Prime Minister is so boxed in that the Conservative Party would not allow him to extend the implementation period even if he wanted to – and he shows no signs of wanting to do so," he said.

Mr Gauke said he did not identify as a Lib Dem, but suggested that Tory supporters could consider voting for them in some parts of the country.

"I'm impressed by (Lib Dem leader) Jo Swinson. I think if I was living in a lot of constituencies I would lend my vote to the Liberal Democrats," he said.

His intervention came as Mr Johnson was preparing to deliver a campaign speech appealing to voters to deliver a Conservative government so they can finally get Brexit done.

"If we can get a working majority we can get Parliament working for you, we can get out of the rut. We can end the groundhoggery of Brexit," he will say.