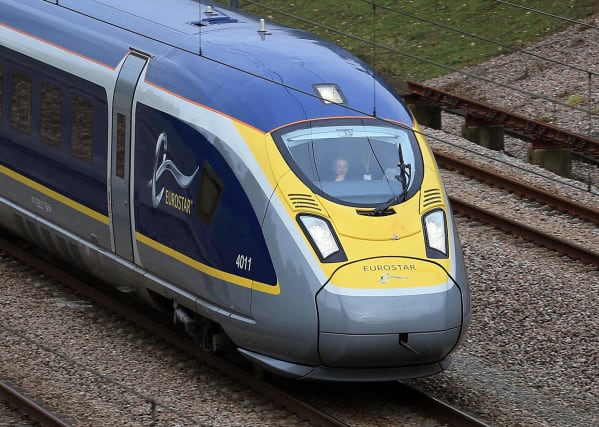 Eurostar is operating a train with no single-use plastics to mark the 25th anniversary of its inaugural service.

The 10.24am departure from London to Paris on Thursday will feature wooden cutlery, cans of drinking water, glass wine bottles and paper-based coffee cups.

In an interview with the PA news agency, Eurostar chief executive Mike Cooper acknowledged the stunt will initially be a one-off but insisted it is “looking forward, based on what we stand for”.

He said: “I can’t wave a wand and say we’ve got suppliers out there who can meet all our demands overnight.”

Eurostar also announced it will plant a tree for every service it runs from January 1.

The policy means 20,000 additional trees will be planted every year in woodlands across Eurostar’s markets of the UK, France, Belgium and the Netherlands.

Mr Cooper said: “We have always had a strong sense of responsibility for the environment but as the demand for sustainable travel becomes increasingly critical, we believe we can raise the bar.

“With our environmental ambitions and our tree planting programme we are providing an attractive, eco-friendly alternative to the airlines.”

He claimed the market share held by Eurostar for its London-Amsterdam route will be “a lot more” than the current 10% once direct journeys from the Netherlands to the UK are possible.

The route was launched in April 2018, but passengers travelling to the UK must change trains in Brussels to complete passport checks and security screening.

Eurostar had previously been assured that the UK and Dutch governments would agree to allow the procedures to be carried out in the Netherlands by the end of 2019, but Mr Cooper admitted progress has been slower than expected.

“We’re confident that it’s coming,” he said. “We just can’t promise a specific date in terms of when it will arrive.”

Rail expert Mark Smith, founder of Seat61.com, said Eurostar is competing against airlines “with one hand tied behind its back” in relation to the Amsterdam services.

He added: “Once it’s a proper direct service in both directions I think inevitably it will be much more attractive and there will be increased demand.”

Since then, more than 200 million passengers have been carried between London and the Continent.

Eurostar operates services around every hour to and from the French capital from early morning until mid-evening, while Brussels services are around every two hours and trains to Amsterdam run three times a day.

Contact tracing could be undermined by Cummings support – Jonathan Ashworth