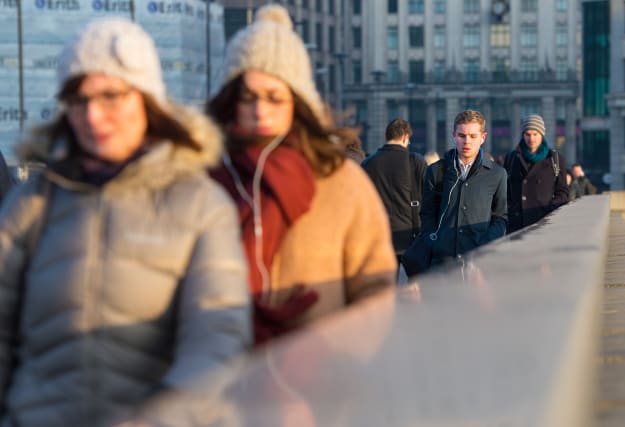 The UK jobs market has “softened” as Brexit uncertainty weighed on hiring in September, City analysts have said after the latest set of UK labour market figures.

Economists also warned that data revealing a slump in wage growth was “concerning”, following Tuesday’s figures from the Office for National Statistics (ONS).

The growth in average earnings slipped to 3.6% in September from 3.8% the previous month, disappointing City analysts who predicted growth would stay flat.

However, employment figures were better than many analysts feared but still resulted in the second consecutive month of decline.

The number of people in work declined by 58,000 to 32.75 million for the three months to September, representing the heaviest fall since May 2015.

It was described as the second set of “disappointing” economic figures from the ONS this week, after it reported the slowest year-on-year GDP growth for almost ten years yesterday.

David Cheetham, chief market analyst at XTB, said: “For the second day running we’ve had disappointing figures from the UK and while the adverse reaction in the markets has been minimal, it does look worryingly like the possible start of a downwards trend.

“One concerning aspect is the fall in wages with average weekly earnings coming in worse than expected, and the prior month’s number also revised down to boot.”

Issues facing the jobs market were also highlighted by the continued decline in job vacancies, which analysts suggested could reflect the impact of Brexit uncertainty on hiring plans.

“It may well be that firms were particularly prone to delay or cancel their hiring plans as the October 31 deadline for Brexit loomed and there were real concerns that the UK could leave the EU then without a deal.”

The number of jobs vacancies fell by 18,000 to 800,000 for the period as it also saw the biggest annual drop in almost a decade.

Therese Coffey, secretary of state for work and pensions, welcomed the reduction in unemployment.

She said: “Thanks to a strong economy and the hard work of the British people, we head towards the end of 2019 with the unemployment rate lower than at any point in nearly half a century.

“Through sensible management of our economy this Conservative Government has helped create 3.7 million jobs.”

Margaret Greenwood, Labour’s shadow work and pensions secretary, said: “These figures are real cause for concern.

“Employment is down, wage growth has slowed and there has been a sharp fall in vacancies which clearly points to an economy that has stalled.”

The latest jobs data had only a minor impact on the value of the pound, which dipped earlier in the day on the back of political uncertainty and is currently down 0.17% at 1.282 against the dollar.