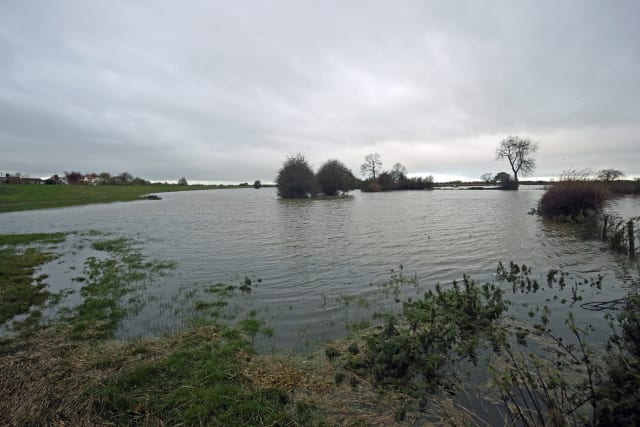 Farms have suffered “unprecedented damage” from the recent flooding, a farmers’ leader said as she called for support for those affected.

Severe flooding hit several parts of Yorkshire and the East Midlands last week, with areas around Doncaster worst affected after the River Don burst its banks.

National Farmers’ Union president Minette Batters said the full impact on farmers in the region is not yet known, but potentially 30%-50% of potatoes are still in the ground and there have been big losses in the maize harvest.

Winter crops have not been sown, with pesticide products likely to be out of date by the time they can next be used, and there could potentially be shortages of seed for spring planting.

It could lead to “massive and unprecedented costs”, Ms Batters warned.

But she said it showed the need for the Government and Environment Agency to take managing water seriously.

She said the floods were “living proof that we are going to see more extreme weather events, and the future government has to look at how we store water, and how we deal with water maintenance going forwards”.

“We’ve got to make space for water,” she urged.

She said: “We are seeing one tragic life lost in Derbyshire, but unprecedented damage.

“This is Somerset Levels times I don’t know how much,” she said, referring to severe flooding that hit the West Country in the winter of 2013/2014.

“I’ve, in my working lifetime, never seen so little winter planting done,” she added, saying that, while she was lucky that her farm in Wiltshire had not been flooded, it was nevertheless very wet and she had been unable to plant.

She called for the next government to provide flexibility for farmers who have to meet environmental rules to receive payments under the EU’s agricultural subsidies regime but whose land has been devastated by flooding.

The standard subsidies, which are due from December 1, must land on time, and payments for wildlife-friendly farming schemes must be paid for work that has been completed, she said.

She also called for a wider roll-out of the flood recovery fund to all farming businesses who have been nit by flooding.