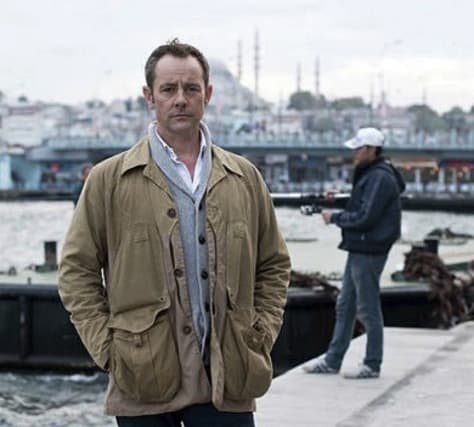 A British diplomat has said the UK will look “very closely” at an investigation into how a former British soldier died in Turkey days after Russia accused him of being a spy.

Detectives believe James Le Mesurier, an ex-Army officer who helped to found the White Helmets civil defence group in Syria, may have fallen to his death from his home in Istanbul.

Karen Pierce, the UK’s representative to the United Nations, called Mr Le Mesurier a “true hero” and “real humanitarian”, adding that claims he was a spy were “categorically untrue”.

The Syrian government and its allies, including Russia, have previously been critical of the White Helmets volunteers.

Dame Karen told reporters on Monday: “The causes of death at the moment are unclear.

“We will be looking very closely to see how the investigation goes. I hope the Turkish authorities will be able to investigate thoroughly, and I’m sure we’ll want to give them any assistance they might require.

“I do just want to take the opportunity though to say on the record that the Russian charges against him, that came out of the Foreign Ministry that he was a spy, are categorically untrue.”

Turkey’s state-run Anadolu news agency said police established that no one had entered or left his home at the time of the incident, and believe he may have fallen to his death.

His body was found near his home in the Beyoglu district by worshippers on their way to a mosque, according to reports by Anadolu.

Mr Le Mesurier was the founder and chief executive of May Day Rescue, which founded and trained the White Helmets, also known as the Syria Civil Defence.

The White Helmets group confirmed his death on its Facebook page, and offered “deepest condolences” to his family.

The group, which has had more than 3,000 volunteers in opposition-held areas, says it has saved thousands of lives since 2013 and documented Syrian government attacks on civilians and other infrastructure.

Life on the inside: 10 low and no-alcohol drinks for lockdown