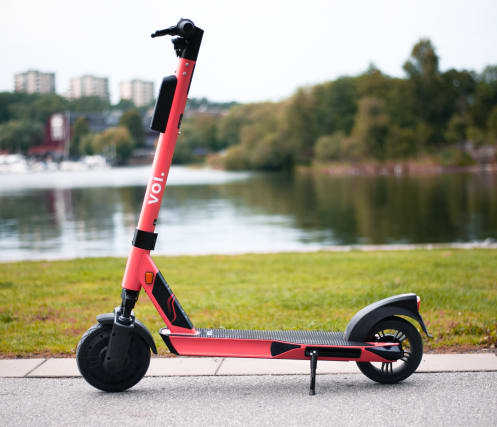 The e-scooter revolution took a leap forward as one of Europe’s biggest operators revealed it has raised 85 million US dollars (£66.5 million) in new funding from investors in Delivery Hero and healthcare app Babylon.

VOI Technology has now raised 135 million dollars since launching a year ago, and bosses said they intend to use the cash to push into new cities and improve its offering in current locations.

Fredrik Hjelm, chief executive and co-founder of VOI, said: “There’s been a huge demand for VOI’s e-scooters from residents across Europe in the last 12 months but making a landmark change to transport in Europe takes more than simply flooding cities with thousands of scooters.

“We are developing a long-term business that gives people a new way of moving around cities.”

The Series B round was led by Vostok New Ventures, which has previously invested in Babylon, Gett and Delivery Hero. Other funders included Balderton Capital, Creandum and Black Ice Capital.

However, riding an e-scooter on public roads in the UK is illegal and companies have been looking for ways to lobby the Government to change the rules.

Police have launched crackdowns, reminding users of the law, and several retailers have agreed to put labelling on the scooters.

VOI says its success “stems from its collaborative approach to regulation, safety and sustainability, which sees it work closely with city authorities, other transport operators and policy makers to build a long-term vision to integrate e-scooters into transport networks across Europe”.

Since its inception, the company has four million registered users and e-scooters in 38 cities across 10 European countries – including Berlin, Helsinki, Oslo and Marseilles.

It recently quit Lisbon, Portugal, due to a lack of regulation causing “cluttering and unsafe riding” in the city.