Sajid Javid: Tories will increase borrowing to invest in infrastructure 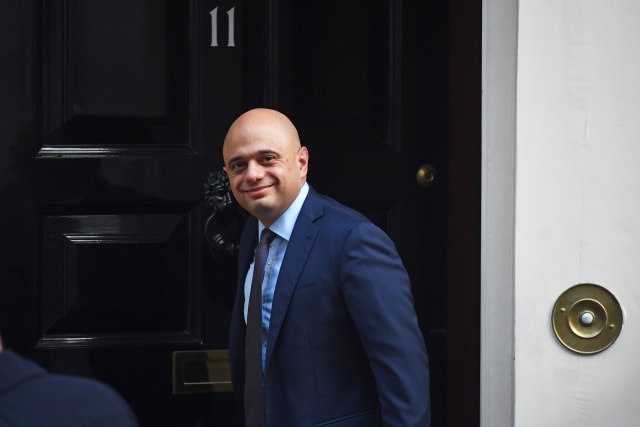 Sajid Javid has said the Conservatives will increase borrowing to pay for new infrastructure as he heralded new fiscal rules for a “new economic era”.

The Chancellor announced plans to borrow “some more” to invest in hospital and railway projects as he made his first major intervention in the Tories’ General Election campaign.

In a speech in Manchester, Mr Javid said the election would be close between Labour and the Conservatives and that the party could not “take anything for granted”.

He announced three new fiscal rules to “control borrowing, to control debt, and to control debt interest” – describing them as “new rules for a new economic era”.

Mr Javid said: “Today I’m announcing new fiscal rules that if elected will allow us to take advantage of the opportunity to invest in our future and our public services but without squandering the hard work of the British people.

“Like anyone who budgets whether it’s a household or small business or large business, I know that we must keep track of what we’re spending, and what we bring in.

“We can’t run an overdraft forever on day-to-day spending, so I can confirm that our first rule will be to have a balanced current budget. What we spend cannot exceed what we bring in.

“Now, while we must retain spending if we want growth to continue and get stronger in the future, then we need to invest in it. Taking the opportunity offered by those historically low borrowing rates.”

The second rule, Mr Javid said, would “ensure that we can invest more, but we will continue to live within our means”.

He said: “Investment in long-term projects like road and rail will not exceed 3% of GDP.

“Now compared to the long-term average of 1.8%, that represents a huge step change in what we currently invest. It means billions of pounds more to spend and the infrastructure revolution that this country needs.”

On the third rule, he said: “If borrowing costs rise significantly in the future, and what we’re paying to service debt starts to exceed historical averages, we would reassess how much we would be willing to borrow for capital projects.

“This extra safeguard ensures that we will spend the money and manage the costs responsibly.”