‘Got them’: Father of murdered Jodie Chesney’s relief as two teenagers convicted 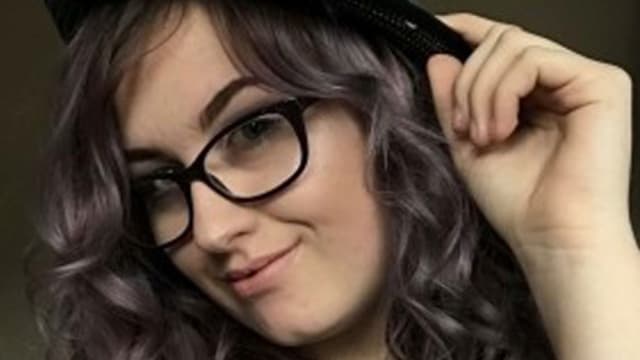 The father of Girl Scout Jodie Chesney shouted “We got them” as two teenage drug dealers were found guilty of her murder.

The popular student had been smoking cannabis and listening to music with friends in a park when she was stabbed in the back on the evening of March 1.

In a case of mistaken identity, Jodie, 17, was an innocent victim of “casual violence” in the drug-dealing world, jurors heard.

Jodie’s family shouted “Yes” at the Old Bailey as a jury found Svenson Ong-a-Kwie, 19, and a 17-year-old boy guilty of murder after less than six hours of deliberations.

Their co-defendants Manuel Petrovic, 20, and a 16-year-old boy were cleared of murder.

The 16-year-old and 17-year-old cannot be named because of their age.

Speaking outside court, Jodie’s father Peter said: “The two people in the park I’m over the moon about.

“I’m pleased with the verdict. We got them. Justice for Jodie.”

He added: “It could have been anybody’s daughter. She was a very nice girl, she had a small circle of friends, she did well at school, worked in the community, she was in the Scouts. She had been up to Downing Street. She was the girl next door.

“They have gone there purposefully to stab somebody and they have not cared who they stabbed. They stabbed a 17-year-old girl in the back for no reason.”

He said: “I have no idea how I am going to continue with my life or even come to terms with the loss.”

Jodie’s sister Lucy, 20, said: “Jodie was not only my sister, she was my best friend. Losing her is like losing half of myself. We went through everything together and she was always there for me and always putting everyone before herself. She gave me a type of love I will never feel again.

“Jodie will be greatly missed and the people who caused such tragedy to a whole family should hang their head in shame. You have ripped away a bright future that was destined to make a change to many lives.”

The defendants were said to have come from broken homes and turned to drug dealing as a way of making “easy money”.

Prosecutor Crispin Aylett QC had told jurors they took a “casual approach to violence” in a world where knife crime was “routine”.

The court had heard how Ong-a-Kwie had been knifed in the thigh six months before and was on the lookout for his assailants on the day of the murder.

Police said at least three knives had been seized during the investigation but none was confirmed as the murder weapon.

On the evening of March 1, Mr Petrovic had driven the defendants to Amy’s Park in Harold Hill, east London, after Ong-a-Kwie sent an urgent request for a lift.

Mr Petrovic did a U-turn, turned off his headlights and waited in the car with the 16-year-old defendant as Ong-a-Kwie and the 17-year-old ran in armed with a knife.

Chilling CCTV captured the shadowy figures of Ong-a-Kwie and the 17-year-old disappearing into the park before the sounds of Jodie screaming could be heard.

Giving evidence, Jodie’s boyfriend Eddie Coyle, 18, told how she collapsed in his arms in front of their horrified friends.

He said he thought the taller of the two assailants – said to be 6ft 2in Ong-a-Kwie – was about to punch Jodie when he “swung his arm out” and stabbed her.

Mr Coyle said: “She was in shock at first. She started screaming continuously, very loud, about two minutes straight. After she stopped screaming she began to faint.”

Jodie died before she arrived at hospital from a 18cm deep stab wound to the back which almost passed right through her body.

As news of the attack spread through social media, police rushed to find her father Peter, who was out celebrating his birthday in central London.

At first, investigators were in the dark, with no motive, no CCTV and no clear picture of what had happened in the “pitch black” park.

The case was cracked after a motorist came forward to report Mr Petrovic’s Corsa in a road nearby.

In the coming days, police seized key CCTV and phone evidence linking Mr Petrovic to the rest of the defendants, who turned on each other at their Old Bailey trial, although the 16-year-old declined to give evidence.

Ong-a-Kwie admitted being in the park but said the 17-year-old had stabbed Jodie, thinking she was a youth called “Tash”.

In turn, the 17-year-old said Ong-a-Kwie was responsible and had even confessed that he “messed up” before disposing of the knife and burning his clothes.

Mr Petrovic said he knew nothing of what was about to happen in the park.

It can now be reported that Judge Wendy Joseph QC ruled out a jury site visit to Amy’s Park, partly over concern that purple ribbons in remembrance of Jodie might prove too emotive.

The symbolic ribbons were also removed from the entrance to the historic Central Criminal Court before the trial began to avoid jurors being influenced.

The two killers will be sentenced on November 18.