MPs and fans of Parliament TV will have a new voice to get used to after Sir Lindsay Hoyle was elected the new Speaker of the House of Commons.

With his lulling Lancastrian tones, the Labour MP's appointment will mean a more regional English accent being heard guiding proceedings, rather than his predecessor John Bercow's southern bark.

His easy-on-the-ear Northern twang does not mean Sir Lindsay is a stranger to tackling the boisterousness of those on the green benches.

First elected MP for Chorley in 1997, he has been Mr Bercow's most senior deputy – known by the formal title chairman of ways and means – since 2010, when post-expenses scandal reforms saw the role elected by MPs rather than appointed by the Leader of the Commons.

The Bolton Wanderers FC fan saw his public profile rise after his handling of a spiky Budget speech in 2013.

MPs were particularly riled that year after the main policy announcements appeared in the London Evening Standard newspaper before the then-chancellor George Osborne stood up at the despatch box.

Rebuking one unruly parliamentarian, he bellowed: "The panto season is not for another nine months."

He also scolded the SNP for singing Ode To Joy, the European Union's anthem, during the vote to trigger Article 50.

Sir Lindsay, 62, became favourite for the role of Commons referee when Mr Bercow announced he was stepping down after 10 years in the chair.

Following the terror attack on Parliament in March 2017, and the killing of PC Keith Palmer, MPs were privately full of praise for Sir Lindsay – at the time still nine months away from being included in the 2018 Honours List for services to political and public life – for the resonant chord he struck.

"We're in a village and our village policeman has been murdered and all of our thoughts are with the family and the other innocent victims," he told BBC News on his way in to work the next day.

"But of course the House must continue – we will not give in to terrorism and today we'll continue."

He was in the Commons chair at the time of the atrocity, and presided over the lockdown in Parliament.

Born in Adlington in Lancashire, where he still lives, he was elected for Labour to Chorley Borough Council, where he became deputy leader and mayor during his near two-decade tenure.

Selected for the Chorley constituency, he won back the seat for the party after it had been in Tory hands for 18 years.

A former member of the trade committee and the European scrutiny committee, he clashed with three-time general election winner Tony Blair over issues such as Gibraltar and tuition fees, and sought a career on the backbenches in the aftermath. 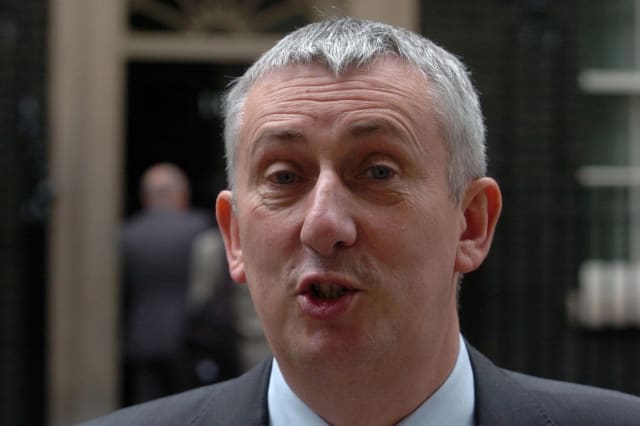 The son of MP Doug Hoyle, his cricket-addict father gave him his unconventional name after being particularly impressed with the showing of an Australian batsman during the Ashes tour of 1948.

The now Lord Hoyle – made a life peer after standing down in the same year his son was elected to the Commons – was so taken by Lindsay Hassett, a middle-order batsman and vice-captain of an Aussie team that was undefeated in all 34 matches it played in England that summer, that he bestowed on his offspring the same name.

There was heartbreak for the twice-married politician and his family when his daughter, Natalie Lewis-Hoyle, 28, was found dead in her bedroom just before Christmas 2017.

Sir Lindsay said he was "truly devastated" at her death.

The former textiles printing businessman paid tribute on Monday to a "great hero" of his, former speaker Betty Boothroyd, who watched from the side gallery.

During the campaign to be the 158th Speaker, Sir Lindsay said Parliament had a drinks and drugs problem, and said MPs were telling him they can no longer stand for re-election as their family has to come first.

In an interview with The Sunday Times last week, he revealed he has a pet parrot called Boris and a tortoise called Maggie.

Evidence about usefulness of facemasks to be reviewed

Coronavirus lockdown rules: How do I appeal against a police fine?