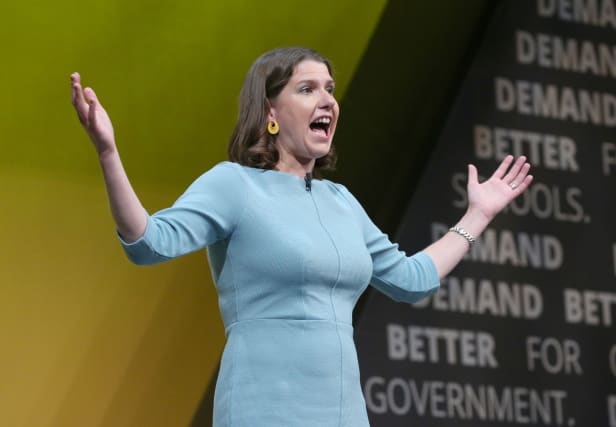 The Liberal Democrats have vowed to put a £50 billion “Remain bonus” into public services if they win the General Election.

The party said scrapping Brexit will generate billions for public finances because they say remaining in the European Union will mean the economy will grow faster than under Brexit, and will lead to higher GDP.

Leader Jo Swinson said every vote for the Lib Dems is a vote to “stop Brexit” and “build a brighter future”.

The Lib Dems forecast that the economy will be 1.9% larger in 2024-25 if Brexit is stopped than it would be under the Conservative government’s Brexit deal.

They say this means government receipts will be higher too, providing a £50 billion Remain bonus over the next five years.

The party said the £50 billion figure reflects the total extra current receipts over that period.

Ms Swinson said: “The Liberal Democrats are the only party standing up to stop Brexit and build a brighter future for the UK.

“Brexit has taken far longer and cost far more than anyone said it would. But any form of Brexit will damage our jobs, our economy and our public services, starving them of vital cash as the economy struggles along.

“The Liberal Democrats will stop Brexit and then use the £50 billion Remain bonus to invest in our public services.

“Every vote for the Liberal Democrats is a vote to stop Brexit, build a brighter future and invest the £50 billion Remain bonus in our vital public services.”

The Lib Dems will launch their General Election campaign on Tuesday.