Lib Dem leader has her eyes on Downing Street 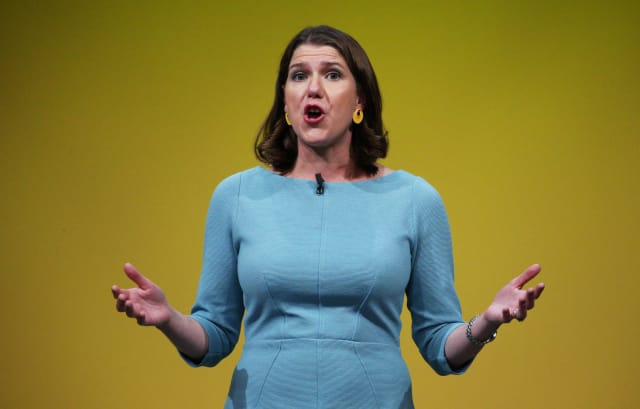 Jo Swinson’s insistence she could be the next prime minister has raised eyebrows, but under her leadership the Liberal Democrats have risen to poll heights rarely seen since the peak of “Clegg-mania” almost a decade ago.

The MP for East Dunbartonshire would like to be known as leader of the self-styled “Remain Alliance” of anti-Brexit parties after taking the controversial policy stance that the Lib Dems would kill any attempt at EU withdrawal without the need for another referendum.

After the lacklustre leaderships of Tim Farron and Sir Vince Cable, the sharp policy edge has helped the Lib Dems become suddenly relevant again as they, at times, challenge Labour for second place to the Tories in opinion surveys.

Ms Swinson claims that a small shift in poll numbers could see the the Lib Dems sweep “hundreds” of seats in an election battle that will test a leader who only took over the party in July.

She served as a minister in the coalition Government and  was among the party’s MPs who paid the price for the tie-up with David Cameron’s Tories in the 2015 election bloodbath which saw the Lib Dems reduced to a rump of just eight in the Commons.

Ms Swinson, 39, fought back, regaining her Scottish seat in 2017 from the SNP and became her party’s first female leader in a landslide victory over Sir Ed Davey earlier this year.

Ms Swinson also made history when she became the first MP to take her baby into a Commons debate when she took her second son Gabriel into a discussion on proxy voting in September 2018.

The former public relations specialist married ex-Lib Dem MP Duncan Hames, who lost his seat at the 2015 general election, in 2011.

She was made a CBE for political and public service and has has also written a book, Equal Power.

While some critics have branded Ms Swinson as coming across as a bit preachy, she has been able to cut through to the public, in part, because she is the only female leader of a UK-wide mainstream party, and also, the only one born as recently as the 1980s.