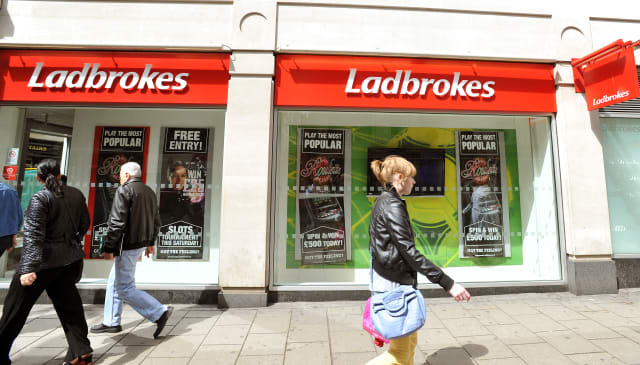 Ladbrokes owner GVC is betting on a new chairman, months after reports that the long-time leader of the board was leaving after a trade that angered investors.

Lee Feldman will be replaced by Barry Gibson, who has been chairman of HomeServe for nearly a decade, growing it into a FTSE 250 business.

Shares in GVC, which also owns bwin and partypoker, tumbled in March after Mr Feldman and chief executive Kenneth Alexander sold nearly £20 million worth of the company’s stock.

Markets were spooked by the decision by two of the most senior people in the company to sell off the shares, just days after presenting its annual results. Shares dropped around 20%.

In the weeks following the sale, Sky News reported that Mr Feldman was being moved out of the role, which he had held for more than a decade.

New guidance, introduced last year, has also put pressure on the chairman to leave his post.

The UK corporate governance code now recommends that chairmen should not serve for more than nine years.

Mr Feldman will have served 11 as chairman and 15 on the board when he leaves in February.

In March, GVC told the Financial Times it had been discussing finding a replacement for Mr Feldman for “a fair while” before he sold the shares.

Mr Gibson joins the board on Monday and will take over as chairman on February 27.

“I have been involved in a number of companies in the gambling sector over many years, and it is immediately clear to me that GVC has industry-leading technology, products, brands, marketing capabilities and people,” the veteran of William Hill plc and bwin.party’s boards said.