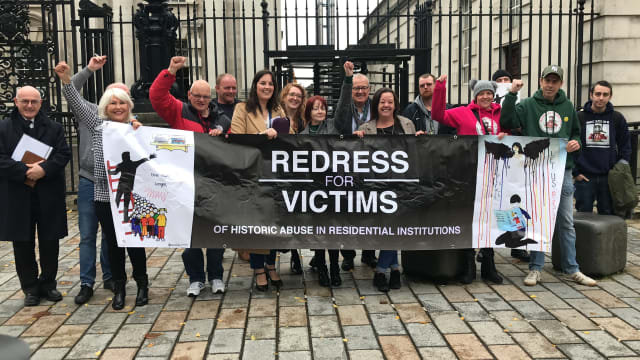 The Court of Appeal in Northern Ireland has ruled that the Executive Office has the power to introduce a compensation scheme for victims of historical institutional abuse.

It follows a case brought by a survivor of historical abuse, referred to in court as JR80, to see compensation payments made to victims in the absence of devolved ministers.

Appeal court judges found that what children suffered in state and church-run homes between 1922 and 1995 amounted to torture.

The ruling comes as Westminster considers legislation to introduce compensation payments before Parliament is dissolved on Tuesday ahead of the General Election.

A redress scheme was recommended by the Historical Institutional Abuse Inquiry in 2017. However, the Northern Ireland Assembly collapsed before it could be enacted.

JR80, an elderly man who was subjected to physical and sexual mistreatment in children’s homes run by religious orders and the state, took a judicial review to force the Executive Office or Northern Ireland Secretary Julian Smith to bring forward the compensation scheme.

On Monday, the Court of Appeal concluded that the Executive Office does have the power to act in the absence of ministers.

The judgment noted the 2018 Northern Ireland Act which gave senior civil servants more legal clarity to make decisions in the absence of ministers, and said it “permits the Executive Office to exercise the prerogative in relation to the recommendation for example by establishing an ex gratia redress scheme”.

It found that the Secretary of State does not have the power to act, but should “consider giving a direction to the Executive Office”.

Abuse survivors celebrated the ruling as a victory outside court.

Margaret McGuckin, leader of Savia (Survivors & Victims of Institutional Abuse), also called for a public apology from the Executive Office to victims.

“So many of our victims, many who have now passed away, were not able to feed off this money, maybe even to pay for their own funerals, to make life a little better,” Ms McGuckin said.

“Now we head to Westminster and, if this legislation is not passed tomorrow, they (Executive Office) need to be starting this today and getting this scheme set up for all these people who have suffered terribly.