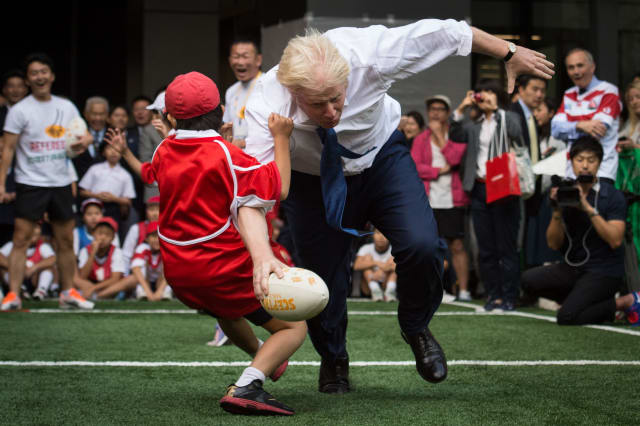 Boris Johnson has said the whole country is behind the England rugby team through every “kick, ruck, lineout and maul” ahead of the World Cup final.

The Prime Minister wished the players the “very best of luck” – saying he was in “awe” at their semi-final performance and believed they can “go one better” on Saturday.

Number 10 said Mr Johnson would watch the match against South Africa with friends – donning an England shirt and “cheering the team on alongside the rest of the nation”.

Ahead of the game, the PM said: “Very best of luck to the England rugby team.

“I watched your semi-final in awe – it was one of our country’s great sporting performances, featuring fearless passages of play against the awesome All Blacks.

“Looking at what you did, I know you can go one better today. The whole country is behind you – through every kick, ruck, lineout and maul.

Mr Johnson is no stranger to rugby, and famously knocked over a schoolboy while playing the game on a visit to Japan while mayor of London.

“You’ve done brilliantly so far – just one more game to go to finish the job.”