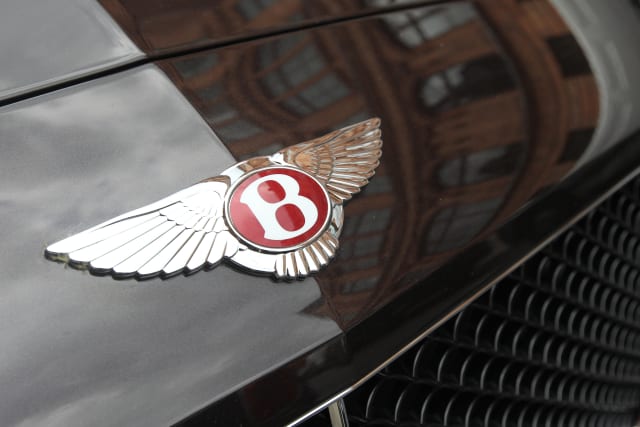 A family-run clothing business has won a court battle against luxury car manufacturer Bentley over a long-running trademark dispute.

In a ruling at the High Court in London on Friday, a judge concluded the car maker had infringed the trademark rights of Manchester-based Bentley Clothing by using the Bentley name on its own range of goods.

As a result, Bentley Motors will no longer be able to use the name – either on its own or in conjunction with it’s famous “wings” logo – on its clothing range in the UK.

It will also have to limit its range in future to “jackets, silk ties, caps and scarves” and will not be allowed to sell other types of clothing or headgear.

In a statement after the ruling, Bentley Clothing director Chris Lees said: “I could either let Volkswagen-owned Bentley Motors take from us what had been my family’s since 1990, or spend 15 years and our life savings fighting them.

“It’s been ruinous, financially and emotionally, and today’s decision is a huge relief.”

His lawyers said Bentley Motors may now have to pay damages and will also have to either hand over or destroy any items in its possession which infringe the trademark.

The dispute has been ongoing since Bentley Clothing, founded in 1962, first approached the Volkswagen-owned car firm in 1998 and the High Court action was launched in 2017 after years of fruitless negotiations.

Judge Richard Hacon, who heard the case over three days in July, said the evidence gave the “strong impression” that from around 2000 Bentley Motors made a “conscious decision” to develop the use of Bentley in relation to their clothing range.

The judge said this was “to increase the prominence of that sign, but only in incremental stages in the hope that no one stage would provoke a reaction from Bentley Clothing”.

He said the luxury car manufacturer, founded in Cricklewood, north-west London in 1919, first began selling clothing and headgear in 1987 and that, for a time, there was “honest concurrent use” of the trademark.

However, he found that the car firm’s moves in later years amounted to a “steady encroachment on Bentley Clothing’s goodwill” in the trademark.

The judge said his impression of Bentley Motors’ policy was reinforced by its efforts to cancel the clothing firm’s trademark in the earlier litigation.

“In my view by November 2011 Bentley Motors was not and still now is not entitled to a defence of honest concurrent use.”

Bentley Clothing, which comprises companies Brandlogic and Bentley 1962, has had a registered trademark of the name Bentley since 1982.

Chris’s father Bob Lees, 83, said: “We made a very sensible business proposal to the Volkswagen CEO in 1998.

“What strikes me most about Volkswagen and Bentley Motors is their lack of good strategic business sense.”

Simon Bennett of Fox Williams solicitors, who represented Bentley Clothing, said: “This case shows the power of trademarks to protect the rights of even the smallest of companies against large multinationals.

“The Lees family as owners of the Bentley Clothing brand had no choice but to issue High Court proceedings to stop Bentley Motors from infringing their marks.”

At its peak in the early to mid-1990s, the Bentley brand generated £5 million of sales a year, but Mr Lees previously said the chances of achieving those levels of sales had been “badly hampered by Bentley Motors’ persistent infringements” over the trademark.