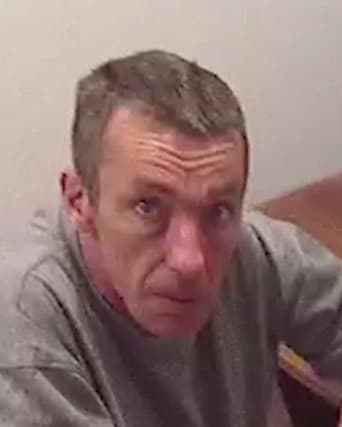 A middle-aged man has been jailed for life with a minimum of 26 years after “mercilessly” stabbing his younger girlfriend to death while she was tied up on a bed.

Jason Farrell, 49, attacked 22-year-old Sammy-Lee Lodwig at his flat with a knife then confessed he had “sliced her up” after an argument.

Swansea Crown Court was told on Friday that Farrell planned the “savage and brutal attack” on Miss Lodwig at his home in Swansea because he had become “tired” of their relationship.

Judge Mr Justice Lewis said: “Whilst there were arguments between you, I am sure you were not provoked to any real extent.

“You had tired of the relationship, tired of arguing, and wanted to get rid of Sammy-Lee, and you did by killing her.”

The judge said Miss Lodwig would have been “terrified” after Farrell gagged her with a dressing gown belt and told her he was going to kill her, before stabbing her three times in the neck and five times in the chest.

Mr Justice Lewis said: “You made sure she would not scream and that it was a slow death. It was a savage and brutal attack that resulted in death of a young woman.

“You decided to kill Sammy-Lee. You gagged her, you told her you were going to kill her, you picked up a large kitchen knife and repeatedly stabbed her.

Mr Justice Lewis said the mother and daughter were regular visitors to his flat in Carlton Terrace, in the Mount Pleasant area of Swansea, to take drugs, and that while Farrell became tired of seeing Miss Lodwig he also became “jealous” that her mother was seeing another man.

In the days before the attack he had been heard expressing a desire to hurt and kill Sammy-Lee, her mother Sarah and Christopher Maher, the man he suspected of being in relationship with Sarah Lodwig.

Farrell was also found guilty of a “brutal attack” on Mr Maher days before the murder.

He denied murdering Miss Lodwig despite writing a “chilling” confession to police after his arrest.

It said: “I had her tied up and told her I’d had enough and I was going to kill her. I did by repeatedly stabbing her in the face and throat.”

Miss Lodwig, who was 5ft 1in and weighed six stone, was found by paramedics, lying on a bed at Farrell’s flat on April 23 after he had alerted neighbours.

She was fully clothed, with cuts across her throat and forehead, and “severe bleeding” was found on the bedding.

It was estimated she died 20 or 30 minutes before emergency services arrived.

A black-handled kitchen knife covered in blood, with the tip of its 6in blade missing, was found next to the bed.

Forensic scientist Claire Morse said it appeared Miss Lodwig had been assaulted on the bed.

Prosecutor Michael Jones said knotted and bloodstained dressing gown belts with traces of Miss Lodwig’s saliva were found nearby, suggesting they may have been in or around her mouth.

Injuries to her neck included damaged major arteries and veins, while wounds to her chest were deep enough to enter both lungs.

Cause of death was given as stab wounds to her neck and chest.