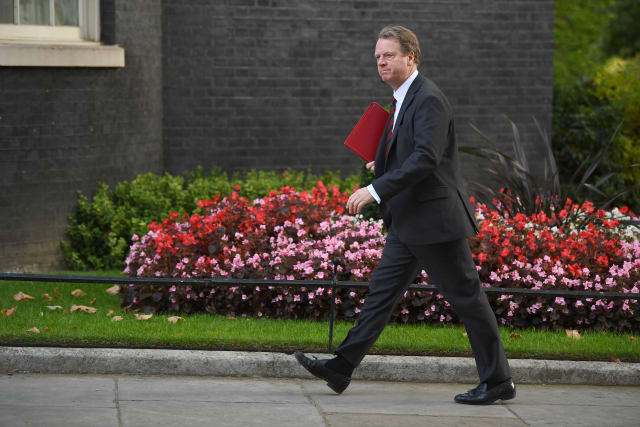 Boris Johnson needs a general election to win a “clear mandate” to deliver his Brexit plan after having his hands tied by the UK Parliament, the Scottish Secretary has said.

Alister Jack said while MPs had been debating leaving the European Union for more than three years, they had “achieved very little as a nation”.

He said the December 12 election is now necessary to allow the Prime Minister to deliver on the deal he has negotiated with Brussels.

Mr Jack insisted there will be a “sunny uplands” for the UK after leaving the EU, saying Britain will “prosper as a nation”.

He also defended the UK’s spending on preparing for a possible no-deal departure on October 31 – something the Government budgeted up to £100 million for.

“But the point is we got people ready because that is what responsible governments do, we were preparing people for an outcome.

“The French were unhappy about the extension, they could have used their veto, had they used their veto we would have left without a deal on October 31 so it was not irresponsible to get people ready for an outcome that legally was the situation.”

While the Prime Minister has failed to deliver Brexit by October 31, despite promising to do this repeatedly, the Scottish Secretary claimed Parliament had tied Mr Johnson’s hands when MPs voted for the Benn Act.

That legislation was designed to prevent a no-deal Brexit, with Mr Jack saying the PM was “giving a very clear message to the EU that he wanted to do a deal and he intended to follow through, but Parliament took control”.

“We are where we are now having spent an inordinate amount of time on Brexit and achieved very little as a nation, that’s why we need this general election.

“We need this general election to get a clear mandate from the people to deliver Brexit, the deal we have, which will get us out of the European Union. Everyone says no to no-deal but when a deal comes along they seem incapable of voting for it.”