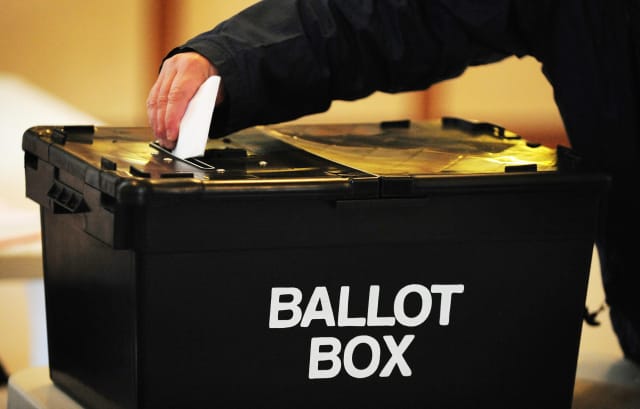 Political parties will be planning to formally kick off their general election campaigns after Parliament is dissolved next week.

Manifestos will come after that, but many of the key themes are already taking shape, with this election having been on the cards for quite some time.

So what are the big policy battlegrounds that will take centre stage over the next few weeks? Here is a look at a few of them.

Well, of course. This is a general election taking place within a Brexit extension, so there will be no escaping the B-word.

Boris Johnson is clear that he is determined to “get Brexit done”, despite failing to deliver on his promise to leave the EU on October 31, so he will be hoping he has exasperated Leave voters on his side.

On the opposite end of the Brexit scale is People’s Vote supporter Jo Swinson of the Liberal Democrats who has said her party’s “stop Brexit” message is resonating with Remainers.

Meanwhile, the Labour party has been accused of being unclear regarding their stance on Brexit, but shadow chancellor John McDonnell said the democratic way is to “let the people decide”.

On the possibility of deciding to go forward as an overtly pro-Remain party, Mr McDonnell told BBC Radio 4’s Today programme: “We’re a much more democratic party than that.”

Elsewhere, the SNP has expressed the desire to halt or revoke Article 50, pointing out that Scotland did not vote for Brexit.

Mr Johnson has made a number of visits to hospitals in recent times as Prime Minister, which suggests he is keen for it to be known that the NHS is near the top of his agenda.

He has declared his Government is “putting more money into the NHS than ever before”, while the Conservative Party is committed to increasing NHS spending by a minimum of £8 billion in real terms over the next five years.

Jeremy Corbyn has warned that Mr Johnson’s Government is willing to sell off the NHS as part of a trade deal with the US, but Mr Johnson has insisted the health service is not on the table for any future deal.

In terms of its plans, the Labour party said it will guarantee that patients can be seen in A&E within four hours, it will tackle the rationing of services and medicines across England and will fund free parking in NHS England.

The Lib Dems, meanwhile, say they are the only party with a clear plan for the NHS and social care – with aims to make waiting times for mental health care match those for physical health care and limit the amount elderly people have to pay for social care.

Tackling crime has been voiced as a priority for the Tories, with pledges to grow the ranks of police forces in England and Wales by 20,000.

Labour has been critical of the Tories on this front, claiming that police numbers were cut by 20,000 on Theresa May’s watch.

The Labour party said it is “tough on crime” and that it will ensure that the people tasked with keeping communities safe have the resources they need.

Similarly, the Lib Dems promise to recruit more community police officers, saying that Tory cuts to police budgets have led to a rise in violent crime.

Mr Johnson recently announced a £14 billion investment in schools with the Government pledging to “work to give every child the best possible start in life”.

Labour, meanwhile, said it will create a unified National Education Service (NES) for England to move towards cradle-to-grave learning that is free at the point of use.

The party said the NES will be to the 21st century what the NHS was to the 20th century.

The Lib Dems say the Tories are “cutting school funding to the bone”, and would reverse cuts to school funding and guarantee all teachers a pay rise which is at least in line with inflation.

Green Party MP Caroline Lucas said the next Parliament will be “critical in determining whether we can turn away from our current path, which is leading us straight to climate catastrophe”.

According to a survey by ClientEarth, 54% of Britons said climate change will affect the way they vote and 63% said politicians are not talking enough about climate change.

The Tories say they are tackling the scourge of plastics and improving air quality in some of the most polluted areas.

The Lib Dems’ plans on the environment front include banning fracking and preventing 40,000 premature deaths a year by cutting air pollution.