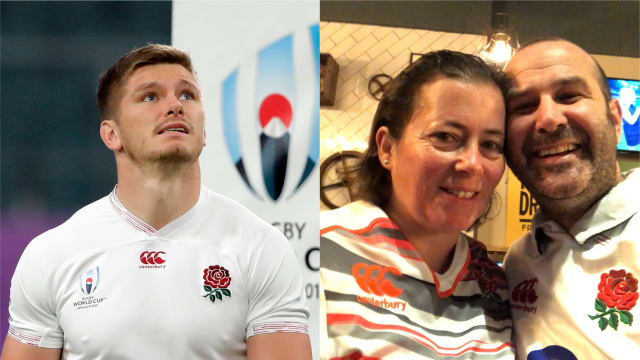 An English rugby fan says he lost thousands of pounds to scammers while trying to buy tickets for the World Cup final in Japan.

Martin Underwood, 43, from Rutland, paid £1,000 each for tickets for himself and his wife Lisa after sharing a plea on Facebook, but has since discovered he was duped.

The sellers, claiming to be New Zealand fans, had shared pictures of the tickets with Mr Underwood and agreed to meet his brother in Japan to hand them over, but he now says it was a scam and he lost the money.

“You carry out checks, reviews and still get let down. It makes you feel sick to your stomach when it happens.”

Mr Underwood said he is hoping to be reimbursed through the banks involved in the money transfer and encouraged other victims to do the same and to contact the police Action Fraud team.

Action Fraud describe themselves as “the UK’s national reporting centre for fraud and cybercrime” and offer people who have been victims in England, Wales or Northern Ireland “a central point of contact for information about fraud and financially motivated internet crime”.

“The banks will do all they can, and it’s worth calling both your bank and the bank you’ve sent money to and they will do what they can,” Mr Underwood said.

Earlier this week Mr Underwood told PA the official Rugby World Cup website was “leaving fans in the wilderness” by not explaining when, where or if tickets would be put up for resale.

“I’ve been constantly going onto it to see if there are any tickets, but there’s no communication saying there have been a number returned and will be resold,” he had said.

“The fans are being left to pay over the odds – they’re left with no choice.”

England play South Africa in the final on Saturday morning GMT, after Wales face New Zealand in the third-place play-off on Friday.