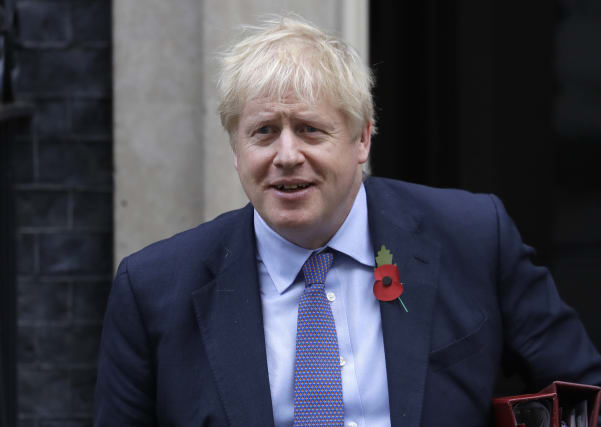 Men from the Cumbrian town of Workington seemed nonplussed after a Conservative think tank identified them as a key target for the party in the upcoming general election.

Right-of-centre Onward said the Conservatives would have to target the average “middle England” voter, otherwise known as “Workington man”, in order to win a majority in the December 12 poll.

According to the group, Workington man is an older, white, non-graduate man from the north of England with an interest in rugby league and a tendency to vote Labour.

Allan Mitchell, 53, a civil servant from Workington, told the PA news agency that people were “offended by the Conservatives’ northern stereotyping”, adding: “This may backfire.”

“People expect a campaign, but they don’t like being patronised,” he said.

“I’d expect all the parties to target voters in some way, and with Workington being a fairly marginal seat I can understand the Conservatives looking for any angle to gain more votes.

“The idea that we’re all simple northerners without the university degrees they seem to think are standard, and all attend rugby league matches at the weekend, is causing widespread offence.

Since the Workington constituency was created in 1918, the Conservatives have never won the seat as a result of a general election.

Conservative MP Richard Page held the seat for three years following the 1976 by-election, and has been the only non-Labour MP to ever represent the constituency which backed Leave in 2016.

All parties will be looking to gain voters from their opposition while maintaining holds on their existing constituencies at the general election.

Ian, who grew up in Workington and did not want to disclose his surname, said: “No-one talks about Workington on a national basis until they want something.”

And ensuring women were not forgotten in the equation, Twitter user @jolajo50 posted: “I’m from Workington, voted remain and want rid of this Tory Government.”

But not everyone saw the new-found focus on Workington as a bad thing.

Christopher Clarkin, 51, from neighbouring Cockermouth, said he was “excited” at the prospect of politicians focusing on the area during the election.

He said: “(I am) excited. For too long we’ve been neglected in politics as Labour has had the view of Workington being a safe seat.”

The use of voter stereotypes as a targeting tactic dates back to at least Margaret Thatcher’s repeated electoral wins in the 1980s where the working-class “Essex man” switched allegiance from Labour to the Tories.

Voter stereotypes used during previous elections include the 1996 “Mondeo man”, the 1997 “Worcester woman”, and the 2003 “Bacardi Breezer Generation” of 18 to 25-year-olds, among others.

The December 12 election will be the third in four years and the first to be held in December since 1923.