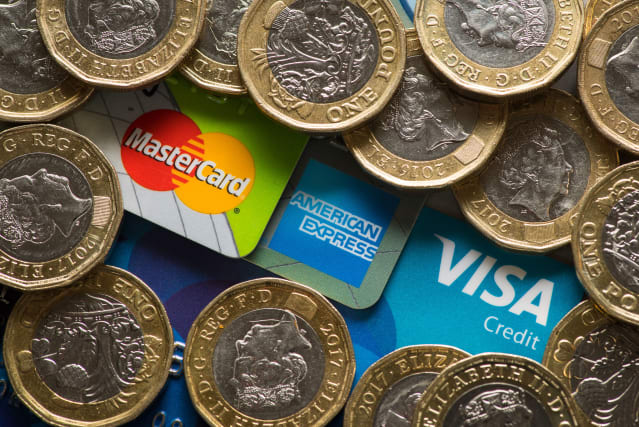 UK consumer credit growth has slumped to its lowest level in five years, according to new data.

Figures from the Bank of England’s latest Money and Credit report showed that growth in consumer credit slowed to 6% in the year to September, the lowest since 2014.

The central bank highlighted that the credit slowdown has taken place for “almost three years” as consumers slow borrowing in the face of Brexit uncertainty.

Unsecured credit growth has declined from 6.3% in June and July, before tipping to 6.1% in August and falling again last month.

The slowdown has been particularly driven by markedly weaker private car sales as this has reduced the demand for car finance.

Consumers borrowed an extra £800 million to buy goods and services last month as it remained below £1.1 billion – the annual average – for the second consecutive month.

Within consumer credit, credit card borrowing weakened on the month to £100 million, the lowest figure since December 2018.

Borrowing for other loans and advances was therefore £700 million, down from around £800 million in August, and the weakest figure since March.

Meanwhile, mortgage borrowing by households remained flat at £3.8 billion in September, close to the average for the past three years.

The mortgage market points to continued stability in the market as mortgage approvals for house purchase were also broadly unchanged in September.

Finance borrowed by businesses was also strong in September, rising to £9.7 billion, the highest figure for more than a year.

This reflected £6.5 billion net issued from bonds and £2.9 billion of borrowing from banks.

Samuel Tombs, chief UK economist at Pantheon Macroeconomics, said: “Monetary indicators continue to suggest that the economy is not near the brink of a recession.

“Admittedly, unsecured borrowing was slightly subpar in September but this likely reflected the impact of new emissions regulations on the timing of car sales.

“The current 6% year-on-year growth rate in the stock of unsecured credit looks sustainable, given that the ratio of unsecured debt to incomes still is below its mid-2000s peak, wages are rising briskly and borrowing costs are very low.”