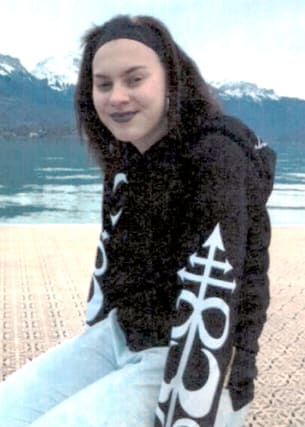 The grandfather of one of the boys convicted of murdering Irish schoolgirl Ana Kriegel said his grandson is “incredibly sorry” for what happened to her.

The Central Criminal Court heard how the boy’s paternal grandfather was “heartbroken” that he was involved in Ana’s death.

The grandfather, who cannot be named as both boys have been granted lifelong anonymity, described the convicted murderer as a “loving, kind, caring child who was never in trouble”.

He is one of two 15-year-old boys, known as Boy A and Boy B, who were found guilty in June of murdering Ana.

The schoolgirl’s naked body was found in an abandoned farmhouse in Lucan, Co Dublin, last May after the 14-year-old had been reported missing by her parents.

Boy A was also convicted of aggravated sexual assault.

Boy A watched on in court as his grandfather said he cannot imagine the devastation felt by Ana’s family.

He described her murder as a parent’s worst nightmare given the horrific circumstances of her death, and said that he had “sincere sympathy” for them.

“Having listen to Mrs Kriegel, who spoke so eloquently and passionately, what I have here does not come close to which she had said about Ana,” he told the court.

He said he would like to express his family’s sincerest regret and remorse.

“I know (Boy A) is incredibly sorry for what happened and wished it had never occurred,” he added.

The man said his grandson was very happy at secondary school and loved practical subjects.

“I am personally heartbroken that he could have been involved in something like this,” he added.

“He is a loving, kind, caring child who was never in trouble or shown any aggression in my experience of him. He is loved by parents, sister and grandparents.”

He said that major gaps have been left without his presence and that the family’s lives have been turned upside down and they have been going through “huge emotional turmoil”.

Damien Colgan SC, for Boy B, said it is clear from the reports that he does not accept the murder of Ana, adding that he is limited as to what he can say in court.

Mr Colgan stated that there has been a falling out between Boy B and his father, who was not in court, and explained that it was over Boy B’s failure to intervene and assist Ana.

He said that Boy B now has to live with that.

Mr Colgan also told the court that Boy B has no previous offences and has never come to the attention of gardai.

The court heard that “nothing sinister” was found on Boy B’s phone or laptop.

Asking the court to be lenient as possible in the sentencing, Mr Colgan added said that no DNA belonging to Boy B was found at the disused farmhouse.