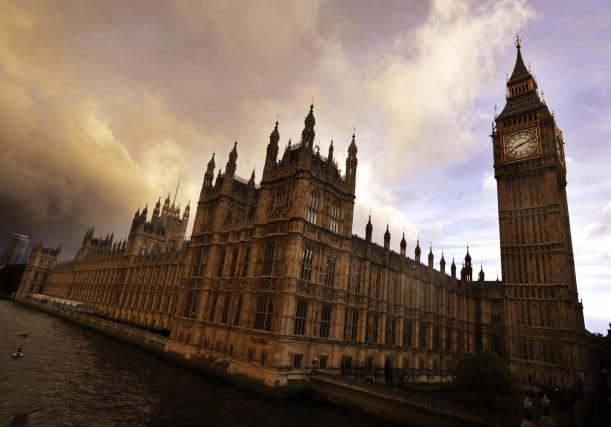 MPs return on Monday and could be faced with voting on a general election not once, but twice in as many days.

But just why is it looking like the Commons would need to vote more than once on whether to back a trip to the polls?

And why are there two different dates – December 9 and 12 – in contention?

Here is what all the manoeuvring in Parliament this week is about:

– Why does the Prime Minister want an election?

Boris Johnson confronted MPs on Thursday following their decision last week to refuse his high-speed three-day timetable to debate the Withdrawal Agreement Bill (WAB), a legal proposition that aims to put his Brexit deal into law.

The Conservative Party leader’s offer? He will give MPs until November 6 to debate the EU exit Bill – possibly providing enough time to pass it – but only on the proviso they grant an election on December 12.

The Prime Minister will put those terms to MPs in the form of a Commons motion to be voted upon on Monday evening.

– So is it settled, we’re having an election?

Not at all. The PM is putting a motion down under the Fixed-Term Parliaments Act (FTPA), a coalition government reform that means the Government requires a two-thirds majority to secure a snap general election outside of the five-year election cycle.

The trouble for Mr Johnson is he does not have a majority, never mind two-thirds control of the Commons.

It means he will require opposition support on Monday and, principally, Labour backing.

With an email sent by Labour whips to MPs last week telling them they will be asked to abstain on the vote – and party leader Jeremy Corbyn wanting the threat of a no-deal Brexit removed, it looks like the main opposition group ais in no mood to give Downing Street what it wants.

– Is it game over for an election if the PM loses the vote?

If Labour opts not to back the election bid, there could still be another route – and it is the Liberal Democrats and the SNP that are offering Mr Johnson an escape from his repetitious Commons defeats.

The two pro-Remain parties are set to put forward a tightly-drafted Bill on Tuesday that would, as long as the European Union extends the Article 50 deadline until January 31, write the polling date of December 9 into law.

It would need only a simple majority to pass rather than the two-thirds majority required for Mr Johnson’s FTPA motion – a total of 320 MPs instead of 435.

Culture Secretary Nicky Morgan called the plan a “stunt”, and Labour’s shadow secretary Jon Ashworth said it was “entirely ridiculous” – but Number 10 appeared to hold the door open to putting its weight behind such a Bill.

“If Labour oppose being held to account by the people yet again, then we will look at all options to get Brexit done including ideas similar to that proposed by other opposition parties,” said a Number 10 source.

– Why do pro-EU MPs want an election three days earlier than the PM’s suggestion?

The issue appears to be about preventing time for the WAB to be debated any further and therefore blocking Brexit from becoming law before Parliament dissolves for campaigning.

Dissolution rules mean if MPs approve the Lib Dem-SNP Bill and grant an election on December 9, all Bills would need to be wrapped up by Thursday, leaving no time to put the PM’s Brexit deal onto the statute books.

– Could votes for 16-year-olds be added to the Bill?

An issue with previous talk of the Government using a short Bill to bypass the FTPA was it could be amended by a united opposition to lower the eligible voting age to 16 – something ministers oppose.

But Lib Dem leader Jo Swinson used her appearance on the BBC’s Andrew Marr programme to pour cold water on the suggestion her party would look to meddle with the co-sponsored draft law.

“I would love to see votes for 16… but I recognise that the time pressure we are under right now doesn’t give us that luxury – January 31 isn’t that far away,” she said.

Labour, also in favour of lowering the voting age, would struggle to bring the amendment forward without Government support or the backing of the other main opposition parties.

– Does all this mean the PM will get his pre-Christmas election?

Number 10 officials were making positive noises following Ms Swinson’s weekend comments, but there was some reluctance to out-and-out support a Bill drawn up by two parties that want to stop Brexit altogether.

More likely is a compromise offer in which the Government sponsors its own Bill with near identical parameters and appeal to the Lib Dems and SNP to back it.

As one Downing Street insider put it, there is now a “gleam of light” in the struggle to break the Parliament logjam.