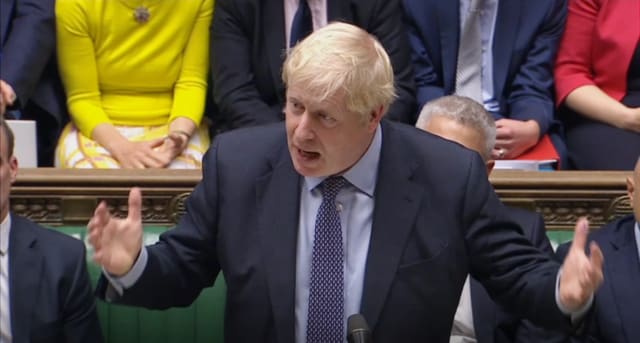 After Saturday’s newspapers offered advice on how MPs should vote on the EU Withdrawal Act, many of Sunday’s papers are not impressed the advice was not followed.

With a headline dubbing Parliament “The House of Fools”, the Mail on Sunday wrote: “Today Britain could have begun to heal after the end of our Brexit purgatory. Instead, posturing MPs subjected us to yet more agonising delay.”

The Sunday Express features a front page picture of a glum looking Boris Johnson and a headline asking “Why won’t they let us leave?”

The Observer, however, applauded the MPs who caused another delay in the Brexit process: “Boris Johnson is a prime minister without a mandate. He has
never faced an election and has lost every vote he has put to the House of Commons,” the paper said in its editorial.

It said MPs were given very little time to study the terms of the most important decision the country has faced in decades.

“But (Mr Johnson) miscalculated badly. Parliament reasserted its sovereignty, voting to withhold approval of his EU deal until MPs have a chance to scrutinise the relevant legislation, effectively forcing him by law to request an extension from the EU,” it said.

The Sunday Mirror’s font page headline is just one word above a picture of the prime minister – “Humiliated”. It goes on to say that Mr Johnson has been “forced to beg” the EU for another Brexit delay.

But The Sunday Telegraph’s editorial begs to differ, with its headline saying “All is not lost if Tories get behind the PM”.

However, the tone quickly becomes harsher, adding: “This dithering and disgraced Parliament made a complete fool of itself yesterday. Instead of voting in sensible order on the new Brexit deal – for which the Government seemed so tantalisingly close to a majority – it passed Sir Oliver Letwin’s preposterous amendment, kicking Brexit into the long grass yet again.”

The paper ended its editorial with what it calls a “recipe to restore trust in British politics”.

“We must leave the EU as soon as possible and we need a new generation of MPs who remember exactly who put them there.”