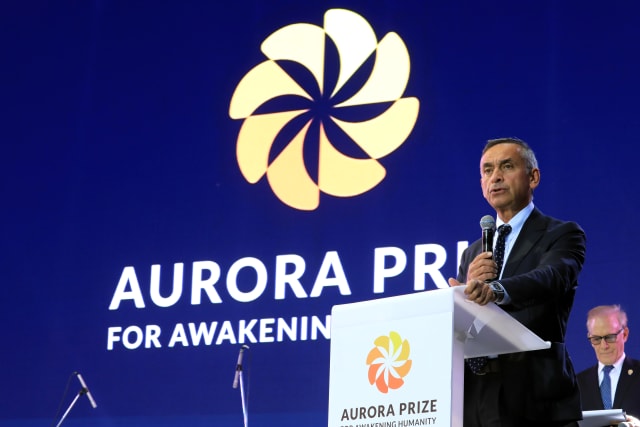 A member of the House of Lords has been appointed chairman of an international humanitarian award committee, taking over from George Clooney.

Academy-award winning actor and director Clooney will stay on as its honorary co-chairman, sharing the position with peace and human rights activist Benjamin Ferencz.

Lord Darzi joined the Aurora Prize Selection Committee in September 2017, and is director of the Institute of Global Health Innovation at Imperial College London.

The annual 1.1 million US dollar (£840,000) prize is granted to a person carrying out humanitarian work by the Aurora Humanitarian Initiative, on behalf of the survivors of the Armenian Genocide and in gratitude to their saviours.

Speaking at the Aurora Forum, Lord Darzi said: “Being appointed chair of Aurora Prize Selection Committee is a great honour and responsibility.

“I’m grateful and excited to continue working with my fellow members of the selection committee in this new capacity.

“Our selection committee is comprised of a select group of outstanding humanitarians, human rights activists and former heads of state.

“Aurora greatly benefits from their experience and knowledge.

“Aurora celebrates the champions, those who risk their lives helping others in a time of crises, at a time of war, at a time of all the major challenges facing us on earth.

“These amazing people, celebrated by the Aurora Prize, don’t do what they do for recognition. They risk their lives helping others because that’s the way they are.”

Other members of the committee include Nobel laureates Oscar Arias, Shirin Ebadi and Leymah Gbowee, and former president of Ireland Mary Robinson.

In July, former health minister Lord Darzi resigned the Labour whip, saying that as an Armenian descendant of a survivor of the Armenian genocide, he has zero-tolerance for anti-Semitism.